Zein coatings were obtained by electrophoretic deposition (EPD) on commercially pure titanium substrates in an as-received state and after various chemical treatments. The properties of the zein solution, zeta potential and conductivity, at varying pH values were investigated. It was found that the zein content and the ratio of water to ethanol of the solution used for EPD, as well as the process voltage value and time, significantly influence the morphology of coatings. The deposits obtained from the solution containing 150 g/L and 200 g/L of zein and 10 vol % of water and 90 vol % of ethanol, about 4–5 μm thick, were dense and homogeneous. The effect of chemical treatment of the Ti substrate surface prior to EPD on coating adhesion to the substrate was determined. The coatings showed the highest adhesion to the as-received and anodized substrates due to the presence of a thick TiO2 layer on their surfaces and the presence of specific surface features. Coated titanium substrates showed slightly lower electrochemical corrosion resistance than the uncoated one in Ringer’s solution. The coatings showed a well-developed surface topography compared to the as-received substrate, and they demonstrated hydrophilic nature. The present results provide new insights for the further development of zein-based composite coatings for biomedical engineering applications. View Full-Text
Keywords: zein; coating; electrophoretic deposition; surface topography; titanium zein; coating; electrophoretic deposition; surface topography; titanium
►▼ Show Figures 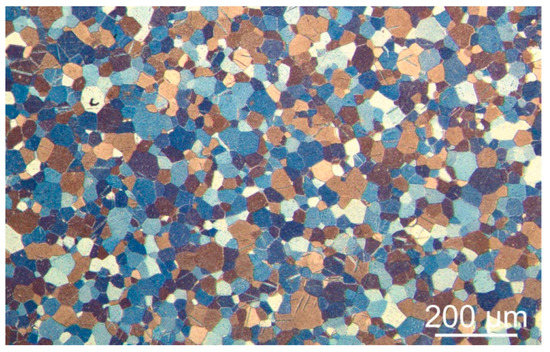