Common kinetic parameters were obtained for leached and non-leached samples of vine wood biomass. Both samples were considered to have different proportions of cellulose, hemicellulose, and lignin compositions as a result of the leaching process. The two samples were analyzed in terms of pyrolysis kinetic parameters using non-isothermal thermogravimetric analysis. Furthermore, the classic Friedman isoconversional method, a deconvolution procedure using the Fraser–Suzuki function, and a modified Friedman method from a previous study on the delay in conversion degree were satisfactorily applied. The observed difference when the deconvolution technique was applied suggests that the classic Friedman method is not adequate for studying the pyrolysis of individual vine wood biomass components. However, this issue was solved by studying the delay in conversion degree of both biomasses and calculating the kinetic parameters using the resulting information. This procedure was found to be useful for studying and comparing the kinetics of heterogeneous biomasses and has a sound scientific explanation, making this research a basis for future similar studies. View Full-Text
Keywords: biomass; thermogravimetric analysis; kinetic; simulation; isoconversional method; Fraser–Suzuki function biomass; thermogravimetric analysis; kinetic; simulation; isoconversional method; Fraser–Suzuki function
►▼ Show Figures 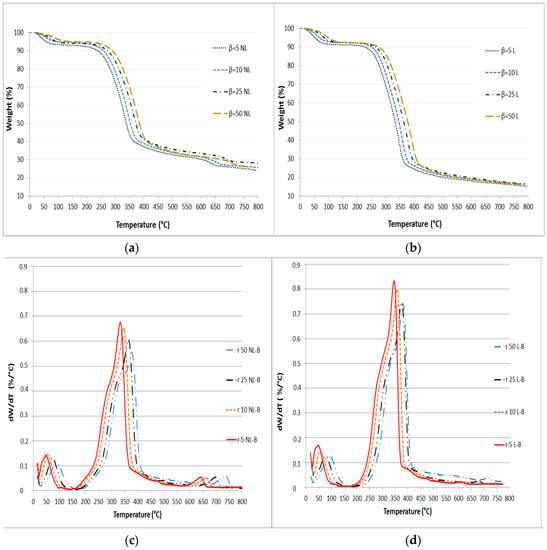