Simulation of Regionally Ecological Land Based on a Cellular Automation Model: A Case Study of Beijing, China
Previous Article in Journal

Children’s Exposures to Pyrethroid Insecticides at Home: A Review of Data Collected in Published Exposure Measurement Studies Conducted in the United States

Pyrethroid insecticides are frequently used to control insects in residential and agriculture settings in the United States and worldwide. As a result, children can be potentially exposed to pyrethroid residues in food and at home. This review summarizes data reported in 15 published articles from observational exposure measurement studies conducted from 1999 to present that examined children’s (5 months to 17 years of age) exposures to pyrethroids in media including floor wipes, floor dust, food, air, and/or urine collected at homes in the United States. At least seven different pyrethroids were detected in wipe, dust, solid food, and indoor air samples. Permethrin was the most frequently detected (>50%) pyrethroid in these media, followed by cypermethrin (wipes, dust, and food). 3-phenoxybenzoic acid (3-PBA), a urinary metabolite of several pyrethroids, was the most frequently (≥67%) detected pyrethroid biomarker. Results across studies indicate that these children were likely exposed to several pyrethroids, but primarily to permethrin and cypermethrin, from several sources including food, dust, and/or on surfaces at residences. Dietary ingestion followed by nondietary ingestion were the dominate exposure routes for these children, except in homes with frequent pesticide applications (dermal followed by dietary ingestion). Urinary 3-PBA concentration data confirm that the majority of the children sampled were exposed to one or more pyrethroids. View Full-Text
Keywords: exposure; children; pyrethroids; urinary biomarker exposure; children; pyrethroids; urinary biomarker
►▼ Show Figures 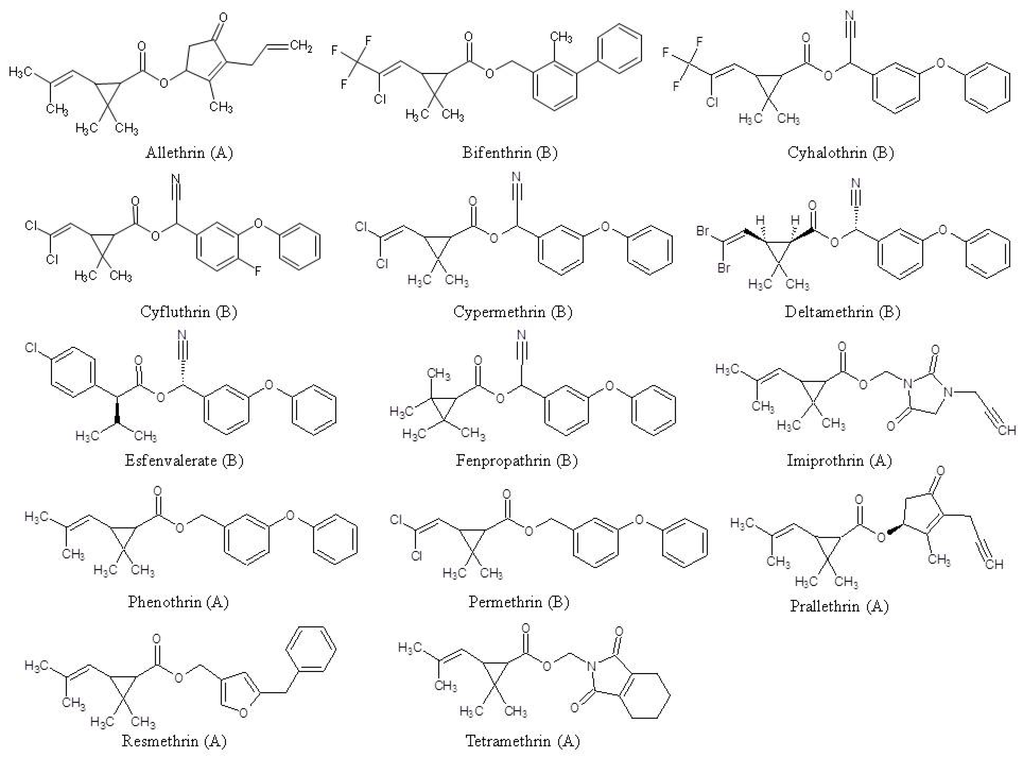