Spatial Variations of Heavy Metals in the Soils of Vegetable-Growing Land along Urban-Rural Gradient of Nanjing, China

This study explored the spatial pattern of heavy metals in Beijing agricultural soils using Moran’s I statistic of spatial autocorrelation. The global Moran’s I result showed that the spatial dependence of Cr, Ni, Zn, and Hg changed with different spatial weight matrixes, and they had significant and positive global spatial correlations based on distance weight. The spatial dependence of the four metals was scale-dependent on distance, but these scale effects existed within a threshold distance of 13 km, 32 km, 50 km, and 29 km, respectively for Cr, Ni, Zn, and Hg. The maximal spatial positive correlation range was 57 km, 70 km, 57 km, and 55 km for Cr, Ni, Zn, and Hg, respectively and these were not affected by sampling density. Local spatial autocorrelation analysis detected the locations of spatial clusters and spatial outliers and revealed that the pollution of these four metals occurred in significant High-high spatial clusters, Low-high, or even High-low spatial outliers. Thus, three major areas were identified and should be receiving more attention: the first was the northeast region of Beijing, where Cr, Zn, Ni, and Hg had significant increases. The second was the southeast region of Beijing where wastewater irrigation had strongly changed the content of metals, particularly of Cr and Zn, in soils. The third area was the urban fringe around city, where Hg showed a significant increase. View Full-Text
Keywords: heavy metals; spatial pattern; Moran’s I statistic; Beijing agricultural soils heavy metals; spatial pattern; Moran’s I statistic; Beijing agricultural soils
►▼ Show Figures 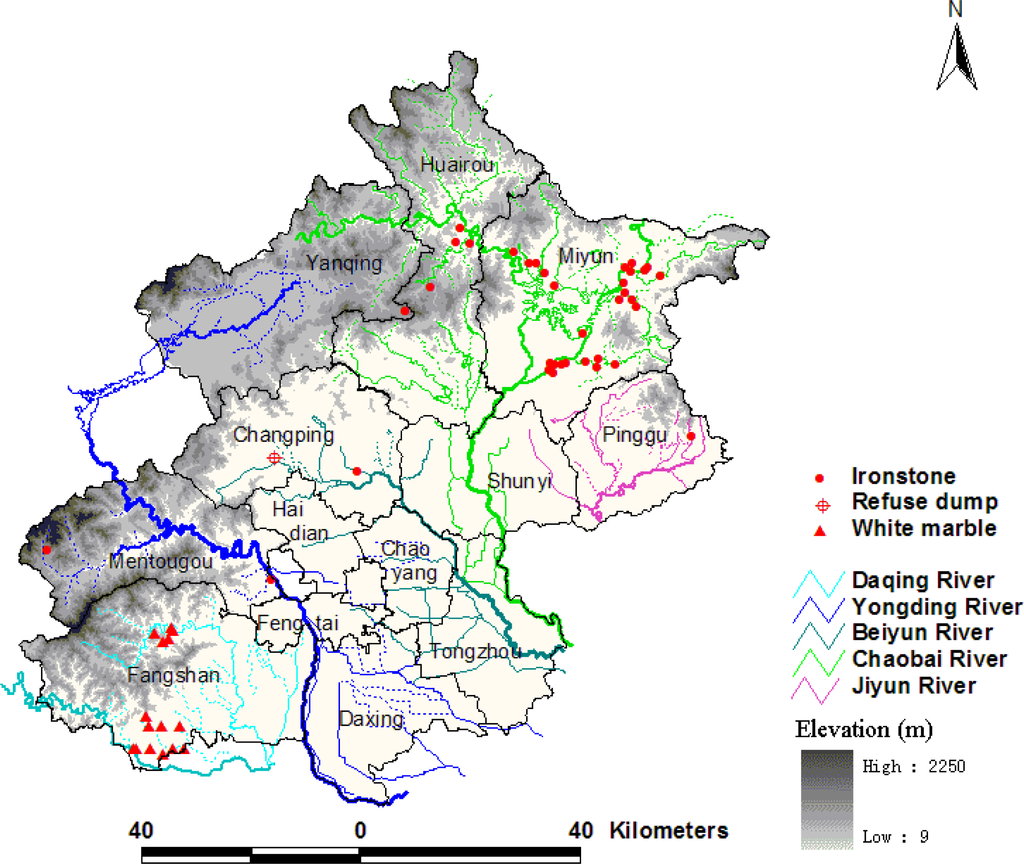