Chronic arsenic exposure results in higher risk of skin, lung, and bladder cancer, as well as cardiovascular disease and diabetes. The purpose of this study was to investigate the effects on expression of selected genes in the blood lymphocytes from 159 people exposed chronically to arsenic in their drinking water using a novel RT-PCR TaqMan low-density array (TLDA). We found that expression of tumor necrosis factor-α (TNF-α), which activates both inflammation and NF-κB-dependent survival pathways, was strongly associated with water and urinary arsenic levels. Expression of KCNA5, which encodes a potassium ion channel protein, was positively associated with water and toe nail arsenic levels. Expression of 2 and 11 genes were positively associated with nail and urinary arsenic, respectively. Because arsenic exposure has been reported to be associated with long QT intervals and vascular disease in humans, we also used this TLDA for analysis of gene expression in human cardiomyocytes exposed to arsenic in vitro. Expression of the ion-channel genes CACNA1, KCNH2, KCNQ1 and KCNE1 were down-regulated by 1-mM arsenic. Alteration of some common pathways, including those involved in oxidative stress, inflammatory signaling, and ion-channel function, may underlay the seemingly disparate array of arsenic-associated diseases, such as cancer, cardiovascular disease, and diabetes. View Full-Text
Keywords: arsenic; drinking water; low-density array; real-time PCR; cardiomycocytes arsenic; drinking water; low-density array; real-time PCR; cardiomycocytes
►▼ Show Figures 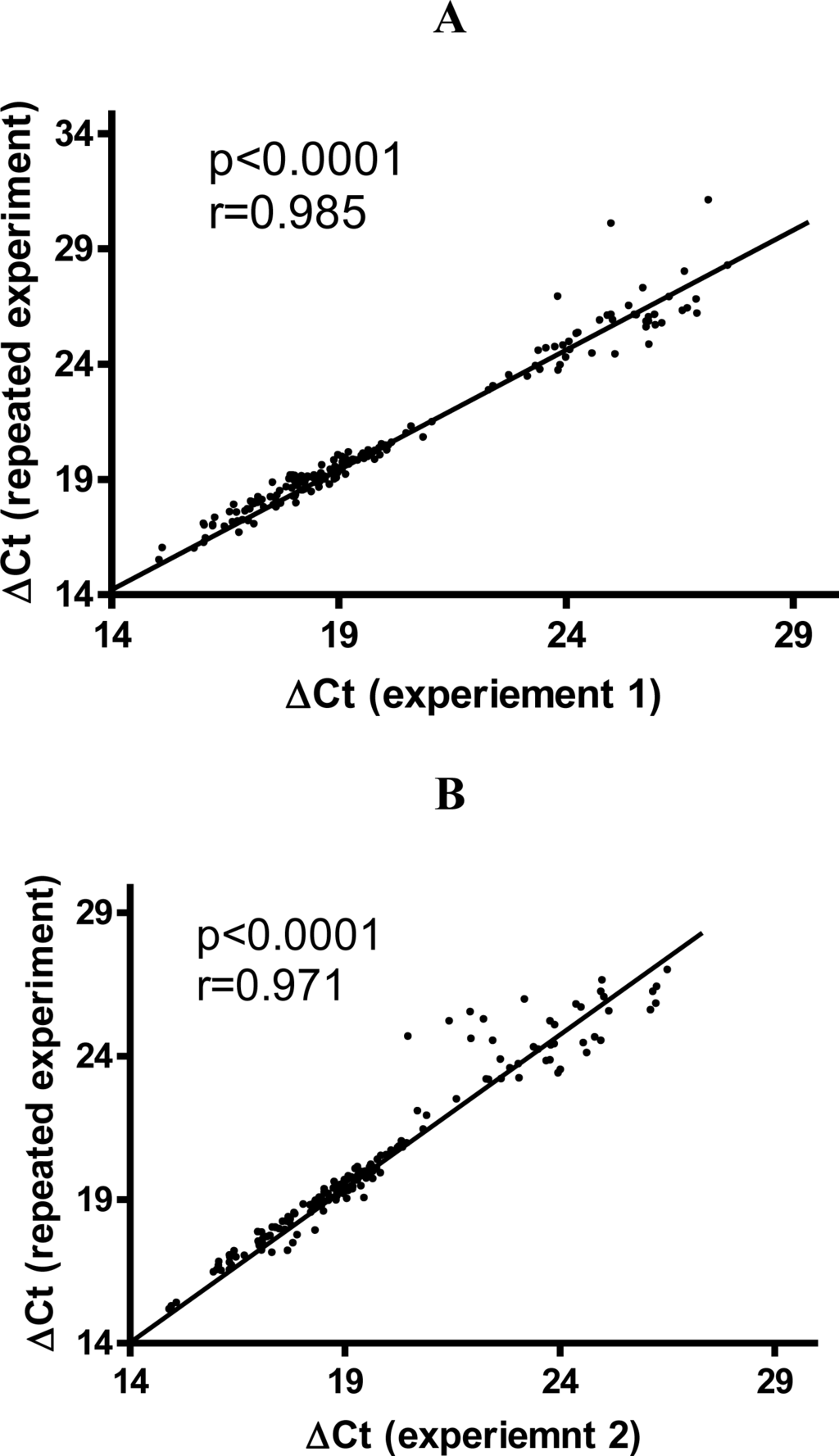