Using the Water and Sanitation for Health Facility Improvement Tool (WASH FIT) in Zimbabwe: A Cross-Sectional Study of Water, Sanitation and Hygiene Services in 50 COVID-19 Isolation Facilities
Next Article in Special Issue

Rethinking Cell Phone Use While Driving: Isolated Risk Behavior or a Pattern of Risk-Taking Associated with Impulsivity in Young Drivers? 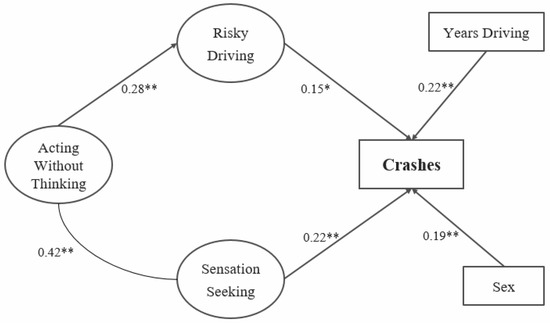 
Walshe, Elizabeth A., Flaura K. Winston, and Dan Romer. 2021. "Rethinking Cell Phone Use While Driving: Isolated Risk Behavior or a Pattern of Risk-Taking Associated with Impulsivity in Young Drivers?" International Journal of Environmental Research and Public Health 18, no. 11: 5640. https://doi.org/10.3390/ijerph18115640