Morbidity Rates in an Area with High Livestock Density: A Registry-Based Study Including Different Groups of Patients with Respiratory Health Problems

There is continuing debate and public health concern regarding the previously confirmed association between high livestock density and human health. The primary aim of the current study is to assess the prevalence of respiratory and other health problems in a livestock dense area in the Netherlands, based on recent longitudinal health data and a large sample. Analyses are expanded with the investigation of different subgroups of patients with respiratory health problems and the inclusion of various chronic and acute health outcomes, as well as prescribed medication. Prevalence of health symptoms and chronic conditions was assessed for the period 2014–2016, based on electronic health records registered in 26 general practices located in areas with intensive livestock farming in the Netherlands (“livestock dense area”, n = 117,459 unique residents in total). These were compared with corresponding health data from general practices (n = 22) in different rural regions with a low density of livestock farms or other major environmental exposures (“control area”, n = 85,796 unique residents in total). Multilevel regression models showed a significantly higher prevalence of pneumonia in the total sample in the livestock dense area, which was also observed among susceptible subgroups of children, the elderly, and patients with chronic obstructive pulmonary disease (COPD). Lower respiratory tract infections, respiratory symptoms, vertigo, and depression were also more common in the livestock dense area compared to the control area. In general, there were no significant differences in chronic conditions such as asthma, COPD, or lung cancer. Prescription rates for broad-spectrum antibiotics were more common among patients with pneumonia in the livestock dense area. Acute respiratory infections and symptoms, but not chronic conditions, were considerably more common in areas with a high livestock density. Identification of causal pathogens on the basis of serological analyses could further elucidate the underlying mechanisms behind the observed health effects. View Full-Text
Keywords: livestock; public health; epidemiology; respiratory health; morbidity; general practice livestock; public health; epidemiology; respiratory health; morbidity; general practice
►▼ Show Figures 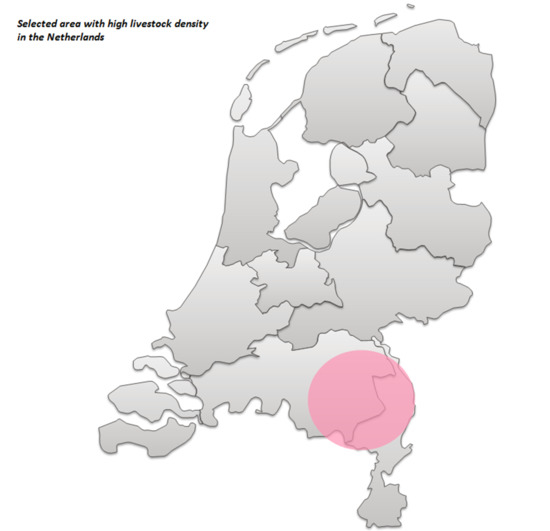