Biogas slurry has become a serious pollution problem and anaerobic digestion is widely applied to pig manure treatment for environmental protection and energy recovery. To evaluate environmental risk of the emission of biogas slurry, luminescent bacteria (Vibrio fischeri), larvae and embryos of zebrafish (Danio rerio) were used to detect the acute and development toxicity of digested and post-treated slurry. Then the ability of treatment process was evaluated. The results showed that digested slurry displayed strong toxicity to both zebrafish and luminescent bacteria, while the EC50 for luminescent bacteria and the LC50 for larvae were only 6.81% (v/v) and 1.95% (v/v) respectively, and embryonic development was inhibited at just 1% (v/v). Slurry still maintained a high level of toxicity although it had been treated by membrane bioreactor (MBR), while the LC50 of larvae was 75.23% (v/v) and there was a little effect on the development of embryos and V. fischeri; the results also revealed that the zebrafish larvae are more sensitive than embryos and luminescent bacteria to pig slurry. Finally, we also found the toxicity removal rate was higher than 90% after the treatment of MBR according to toxicity tests. In conclusion, further treatment should be used in pig slurry disposal or reused of final effluent. View Full-Text
Keywords: pig slurry; luminescent bacteria; zebrafish; toxicity reduction pig slurry; luminescent bacteria; zebrafish; toxicity reduction
►▼ Show Figures 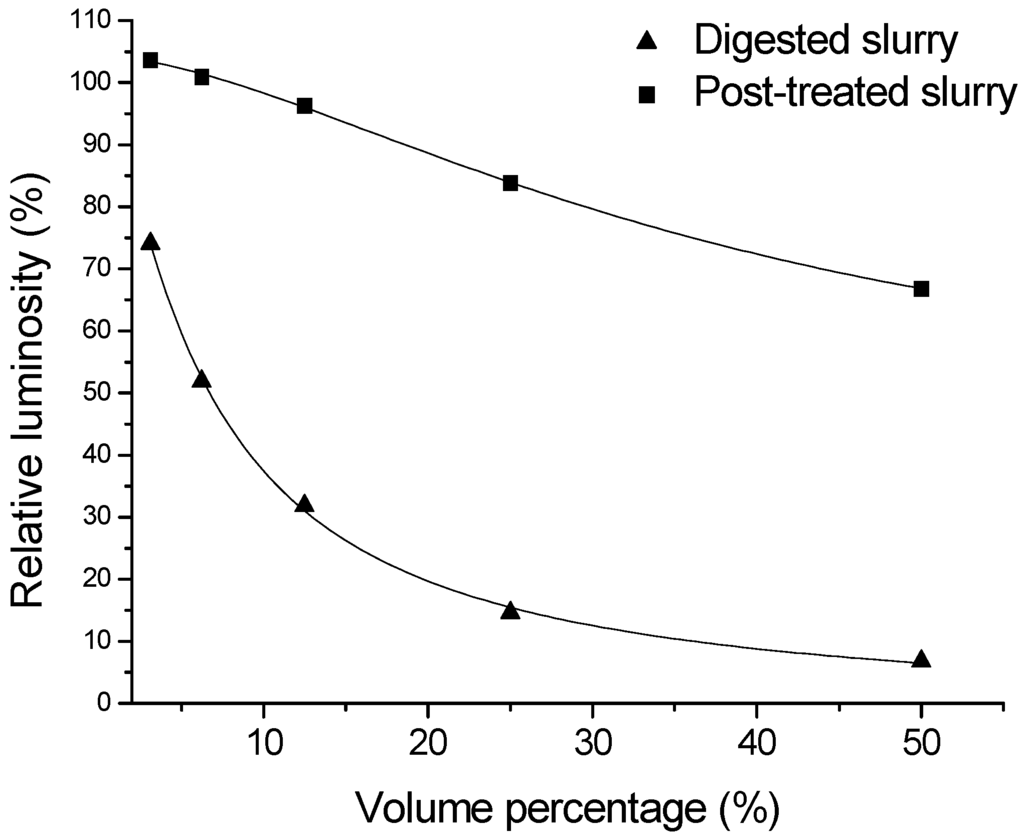