Global Research on Smoking and Pregnancy—A Scientometric and Gender Analysis

David A. Groneberg
1 and

The exposure to tobacco smoke during pregnancy is considered to be amongst the most harmful avoidable risk factors. In this scientometric and gender study scientific data on smoking and pregnancy was analyzed using a variety of objective scientometric methods like the number of scientific contributions, the number of citations and the modified h-index in combination with gender-specific investigations. Covering a time period from 1900 to 2012, publishing activities of 27,955 authors, institutions and countries, reception within the international scientific community and its reactions were analyzed and interpreted. Out of 10,043 publications the highest number of scientific works were published in the USA (35.5%), followed by the UK (9.9%) and Canada (5.3%). These nations also achieve the highest modified h-indices of 128, 79 and 62 and the highest citation rates of 41.4%, 8.6% and 5.3%, respectively. Out of 12,596 scientists 6,935 are female (55.1%), however they account for no more than 49.7% of publications (12,470) and 42.8% of citations (172,733). The highest percentage of female experts about smoking and pregnancy is found in Australasia (60.7%), while the lowest is found in Asia (41.9%). The findings of the study indicate an increase in gender equality as well as in quantity and quality of international scientific research about smoking and pregnancy in the future. View Full-Text
Keywords: bibliometry; cigarette; citation; gender studies; pregnancy; scientometry; smoking bibliometry; cigarette; citation; gender studies; pregnancy; scientometry; smoking
►▼ Show Figures 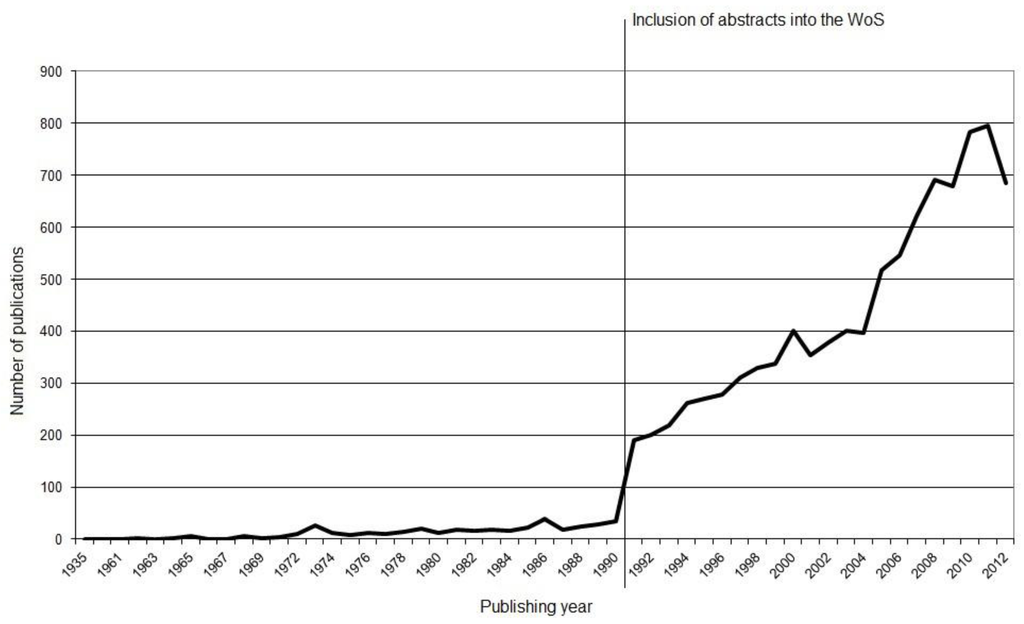