The X-rudder concept has been applied to more and more autonomous underwater vehicles (AUVs) in recent years, since it shows better maneuverability and robustness against rudder failure compared to the traditional cruciform rudder. Aiming at the fault-tolerant control of the X-rudder AUV (hereinafter abbreviated as xAUV), a fault-tolerant steering prototype system which can realize dynamics control, autonomous rudder fault detection and fault-tolerant control is presented in this paper. The steering prototype system is deployed on a verification platform, an xAUV, in which the monitor software is developed based on the factory method and the onboard software is developed based on the finite state machine (FSM). Dual-loop increment feedback control (DIFC) is first introduced to obtain smooth virtual rudder commands considering actuator’s limitations. Then the virtual rudder commands are transformed into X-rudder commands based on the mapping theory. In rudder fault diagnosis, an optimized particle filter is proposed for estimating rudder effect deduction, with proposal distribution derived from unscented Kalman filter (UKF). Then the fault type can be determined by analyzing indicators related to the deduction. Fault-tolerant control is addressed by dealing with nonlinear programming (NLP) problem, where minimization of allocation errors and control efforts are set as the optimization objectives, and rudder failure, saturation and actuators limitations are considered as constraints. The fixed-point iteration method is utilized to solve this optimization problem. Many field tests have been conducted in towing tank. The experimental results demonstrate that the proposed steering prototype system is able to detect rudder faults and is robust against rudder failure. View Full-Text
Keywords: X-rudder AUV; control allocation; fault diagnosis; fault-tolerant control; field tests X-rudder AUV; control allocation; fault diagnosis; fault-tolerant control; field tests
►▼ Show Figures 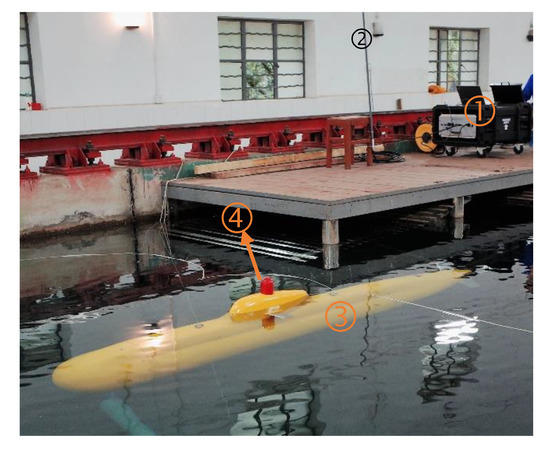