Spatial localization of emitting sources is especially interesting in different fields of application. The focus of an earthquake, the determination of cracks in solid structures, or the position of bones inside a body are some examples of the use of multilateration techniques applied to acoustic and vibratory signals. Radar, GPS and wireless sensors networks location are based on radiofrequency emissions and the techniques are the same as in the case of acoustic emissions. This paper is focused on the determination of the position of sources of partial discharges in electrical insulation for maintenance based on the condition of the electrical equipment. The use of this phenomenon is a mere example of the capabilities of the proposed method but it is very representative because the emission can be electromagnetic in the VHF and UHF ranges or acoustic. This paper presents a method to locate more than one source in space with only two receivers, one of them in a fixed position and the other describing a circumference around the first one. The signals arriving from the different sources to the antennas are first separated using a classification technique based on their spectral components. Then, the individualized time differences of arrival (TDOA) from the sources collected at different angles describe a function, angle versus TDOA, that has all the geometric information needed to locate the source. The paper will show how to derive these functions for any source analytically with the position of the source as unknown parameters. Then, it will be demonstrated that it is possible to fit the curve with experimental measurements of the TDOA to obtain the parameters of the position of each source. Finally, the technique is extended to the localization of the emitter in three dimensions. View Full-Text
Keywords: localization; signal characterization; partial discharges; radio-frequency detection; condition monitoring; antennas; acoustic detection localization; signal characterization; partial discharges; radio-frequency detection; condition monitoring; antennas; acoustic detection
►▼ Show Figures 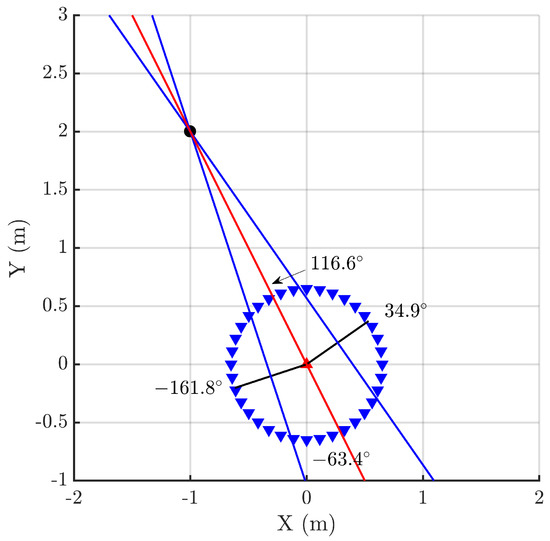