Rapid, simple, and low-cost screening procedures are necessary for the detection of harmful compounds in the effluent that flows out of point sources such as industrial outfall. The present study investigated the effects on a novel sensor of harmful compounds such as KCN, phenol, and herbicides such as 3-(3,4-dichlorophenyl)-1,1-dimethylurea (DCMU), 2-chloro-4-ethylamino-6-isopropylamino-1,3,5-triazine (atrazine), and 2-N-tert-butyl-4-N-ethyl-6-methylsulfanyl-1,3,5-triazine-2,4-diamine (terbutryn). The sensor employed an electrode system that incorporated the photocurrent of intra-cytoplasmic membranes (so-called chromatophores) prepared from photosynthetic bacteria and linked using carbon paste electrodes. The amperometric curve (photocurrent-time curve) of photo-induced electron transfer from chromatophores of the purple photosynthetic bacterium Rhodobacter sphaeroides to the electrode via an exogenous electron acceptor was composed of two characteristic phases: an abrupt increase in current immediately after illumination (I0), and constant current over time (Ic). Compared with other redox compounds, 2,5-dichloro-1,4-benzoquinone (DCBQ) was the most useful exogenous electron acceptor in this system. Photo-reduction of DCBQ exhibited Michaelis-Menten-like kinetics, and reduction rates were dependent on the amount of DCBQ and the photon flux intensity. The Ic decreased in the presence of KCN at concentrations over 0.05 μM (=μmol·dm−3). The I0 decreased following the addition of phenol at concentrations over 20 μM. The Ic was affected by terbutryn at concentrations over 10 μM. In contrast, DCMU and atrazine had no effect on either I0 or Ic. The utility of this electrode system for the detection of harmful compounds is discussed. View Full-Text
Keywords: Rhodobacter sphaeroides; chromatophore; photo-induced electron transfer; Michaelis-Menten-type kinetics; carbon paste electrode; harmful compounds Rhodobacter sphaeroides; chromatophore; photo-induced electron transfer; Michaelis-Menten-type kinetics; carbon paste electrode; harmful compounds
►▼ Show Figures 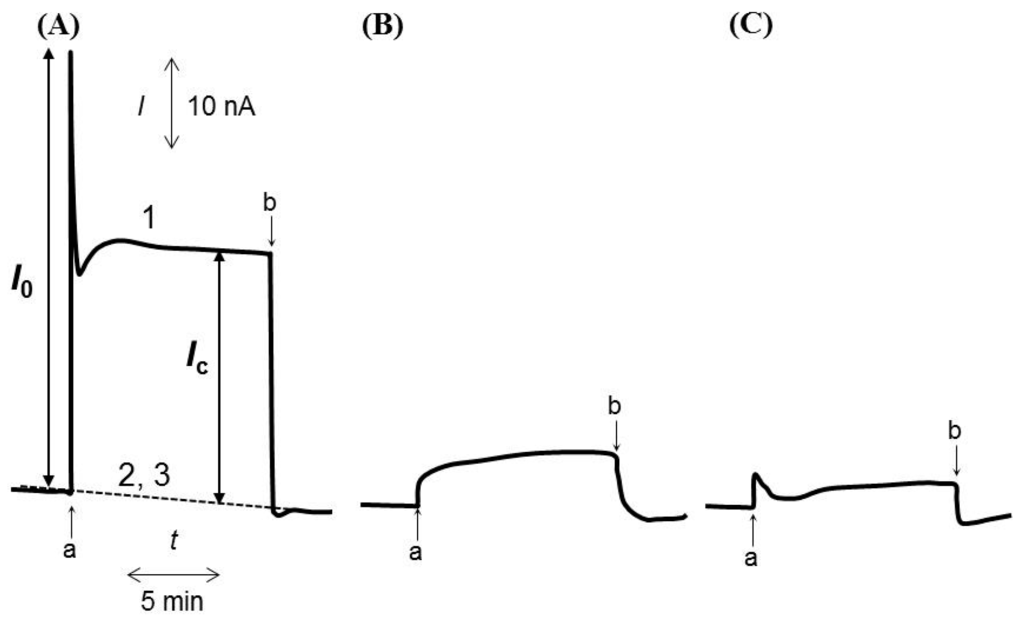