On 28 August 2009, one thrust-faulting Mw 6.3 earthquake struck the northern Qaidam basin, China. Due to the lack of ground observations in this remote region, this study presents high-precision and high spatio-temporal resolution post-seismic deformation series with a small baseline subset InSAR technique. At the temporal scale, this changes from fast to slow with time, with a maximum uplift up to 7.4 cm along the line of sight 334 days after the event. At the spatial scale, this is more obvious at the hanging wall than that at the footwall, and decreases from the middle to both sides at the hanging wall. We then propose a method to calculate the correlation coefficient between co-seismic and post-seismic deformation by normalizing them. The correlation coefficient is found to be 0.73, indicating a similar subsurface process occurring during both phases. The results indicate that afterslip may dominate the post-seismic deformation during 19–334 days after the event, which mainly occurs with the fault geometry and depth similar to those of the c-seismic rupturing, and partly extends to the shallower and deeper depths. View Full-Text
Keywords: post-seismic deformation; the 2009 Mw 6.3 Dachaidan earthquake; the Qaidam basin; small baseline subset technique; InSAR post-seismic deformation; the 2009 Mw 6.3 Dachaidan earthquake; the Qaidam basin; small baseline subset technique; InSAR
►▼ Show Figures 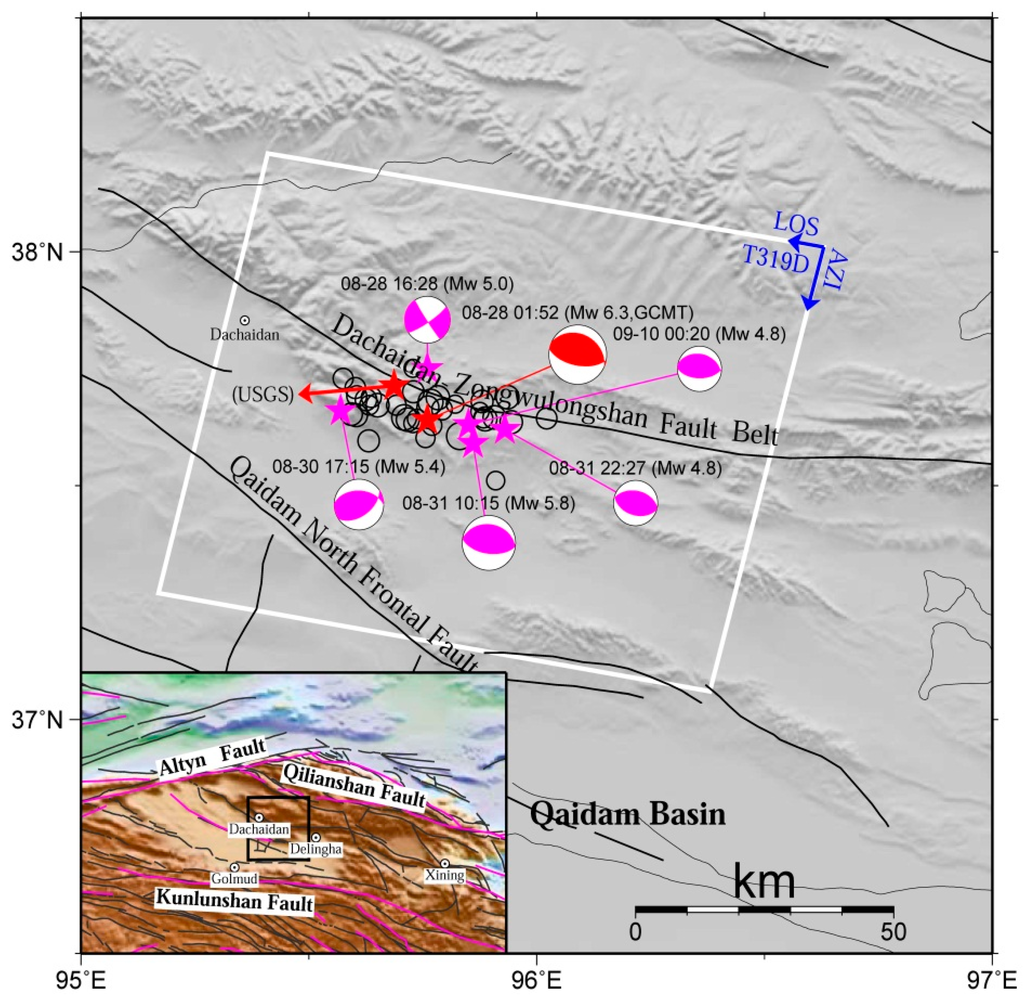