The Brazilian Pampa: A Fragile Biome
Next Article in Special Issue

Amphibian declines have been reported in mountainous areas around the western USA. Few data quantify the extent of population losses in the Pacific Northwest, a region in which amphibian declines have received much attention. From 2001–2004, we resurveyed historical breeding sites of two species of conservation concern, the Western Toad (Bufo [=Anaxyrus] boreas) and Cascades Frog (Rana cascadae). We detected B. boreas breeding at 75.9% and R. cascadae breeding at 66.6% of historical sites. When we analyzed the data using occupancy models that accounted for detection probability, we estimated the current use of historically occupied sites in our study area was 84.9% (SE = 4.9) for B. boreas and 72.4% (SE = 6.6) for R. cascadae. Our ability to detect B. boreas at sites where they were present was lower in the first year of surveys (a low snowpack year) and higher at sites with introduced fish. Our ability to detect R. cascadae was lower at sites with fish. The probability that B. boreas still uses a historical site for breeding was related to the easting of the site (+) and the age of record (-). None of the variables we analyzed was strongly related to R. cascadae occupancy. Both species had increased odds of occupancy with higher latitude, but model support for this variable was modest. Our analysis suggests that while local losses are possible, these two amphibians have not experienced recent, broad population losses in the Oregon Cascades. Historical site revisitation studies such as ours cannot distinguish between population losses and site switching, and do not account for colonization of new habitats, so our analysis may overestimate declines in occupancy within our study area. View Full-Text
Keywords: amphibian decline; Bufo boreas; detectability; drought; fish; mountain lakes; occupancy; Rana cascadae amphibian decline; Bufo boreas; detectability; drought; fish; mountain lakes; occupancy; Rana cascadae
►▼ Show Figures 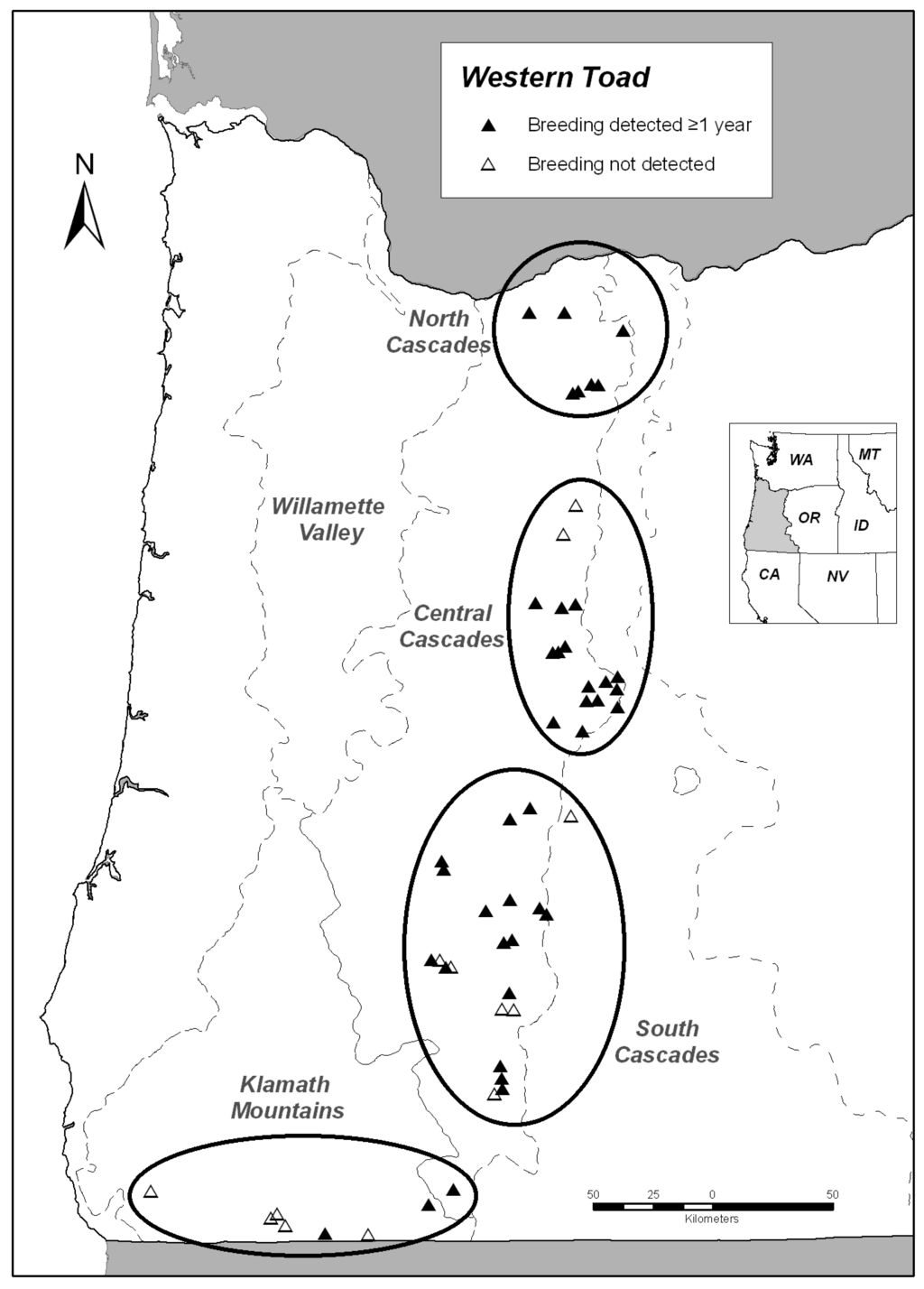