Inhibition of Glutamate Release, but Not of Glutamine Recycling to Glutamate, Is Involved in Delaying the Onset of Initial Lithium-Pilocarpine-Induced Seizures in Young Rats by a Non-Convulsive MSO Dose
Next Article in Special Issue

Effect of N-Vinyl-2-Pyrrolidone (NVP), a Bromodomain-Binding Small Chemical, on Osteoblast and Osteoclast Differentiation and Its Potential Application for Bone Regeneration

The aim of this study was to compare the bone regeneration ability of particle and block bones, acting as bone scaffolds, with recombinant human bone morphogenetic protein (rhBMP)-2 and evaluate them as rhBMP-2 carriers. Demineralized bovine bone particles, blocks, and rhBMP-2 were grafted into the subperiosteal space of a rat calvarial bone, and the rats were randomly divided into four groups: particle, block, P (particle)+BMP, and B (block)+BMP groups. The bone volume of the B+BMP group was significantly higher than that of the other groups (p < 0.00), with no significant difference in bone mineral density. The average adipose tissue volume of the B+BMP group was higher than that of the P+BMP group, although the difference was not significant. Adipose tissue formation was observed in the rhBMP-2 application group. Histologically, the particle and B+BMP groups showed higher formation of a new bone. However, adipose tissue and void spaces were also formed, especially in the B+BMP group. Hence, despite the formation of a large central void space, rhBMP-2 could be effectively used with block bone scaffolds and showed excellent new bone formation. Further studies are required to evaluate the changes in adipose tissue. View Full-Text
Keywords: bone morphogenetic protein; bovine bone; bone regeneration; adipose tissue bone morphogenetic protein; bovine bone; bone regeneration; adipose tissue
►▼ Show Figures 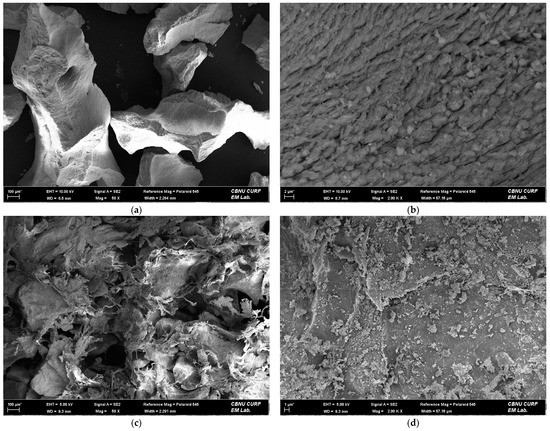