MicroRNAs (miRNAs) regulate the expression of target genes in diverse cellular processes and play important roles in different physiological processes. However, little is known about the microRNAome (miRNAome) during encystment of ciliated protozoa. In the current study, we first investigated the differentially expressed miRNAs and relative signaling pathways participating in the transformation of vegetative cells into dormant cysts of Pseudourostyla cristata (P. cristata). A total of 1608 known miRNAs were found in the two libraries. There were 165 miRNAs with 1217 target miRNAs. The total number of differential miRNAs screened between vegetative cells and dormant cysts databases were 449 with p < 0.05 and |log2 fold changes| > 1. Among them, the upregulated and downregulated miRNAs were 243 and 206, respectively. Furthermore, Kyoto Encyclopedia of Genes and Genomes (KEGG) analysis revealed that some of the differentially expressed miRNAs were mainly associated with oxidative phosphorylation, two-component system, and biosynthesis of amino acids. Combining with our bioinformatics analyzes, some differentially expressed miRNAs including miR-143, miR-23b-3p, miR-28, and miR-744-5p participates in the encystment of P. cristata. Based on these findings, we propose a hypothetical signaling network of miRNAs regulating or promoting P. cristata encystment. This study shed new lights on the regulatory mechanisms of miRNAs in encystment of ciliated protozoa. View Full-Text
Keywords: ciliated protozoa; Pseudourostyla cristata; dormant cyst; vegetative cell; differential expression miRNA; signaling pathway ciliated protozoa; Pseudourostyla cristata; dormant cyst; vegetative cell; differential expression miRNA; signaling pathway
►▼ Show Figures 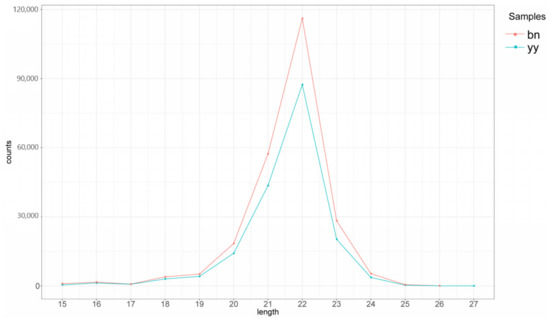