Development and Validation of a Bioanalytical Method for Quantification of 2,6-Bis-(4-hydroxy-3-methoxybenzylidene)-cyclohexanone (BHMC) in Rat Plasma

A sensitive and accurate high performance liquid chromatography with ultraviolet/visible light detection (HPLC-UV/VIS) method for the quantification of 2,6-bis-(4-hydroxy-3-methoxybenzylidene)-cyclohexanone (BHMC) in rat plasma was developed and validated. BHMC and the internal standard, harmaline, were extracted from plasma samples by a simple liquid–liquid extraction using 95% ethyl acetate and 5% methanol. Plasma concentration of BHMC and internal standard were analyzed by reversed phase chromatography using a C18 column (150 × 4.6 mm I.D., particle size 5 µm) and elution with a gradient mobile phase of water and methanol at a flow rate of 1.0 mL/min. Detection of BHMC and internal standard was done at a wavelength of 380 nm. The limit of quantification was 0.02 µg/mL. The calibration curves was linear (R2 > 0.999) over the concentration range of 0.02–2.5 µg/mL. Intra- and inter-day precision were less than 2% coefficient of variation. The validated method was then applied to a pharmacokinetic study in rats by intravenous administration of BHMC at a single dose of 10 mg/kg. Pharmacokinetic parameters such as half-life, maximum plasma concentration, volume of distribution, clearance and elimination rate constant for BHMC were calculated. View Full-Text
Keywords: BHMC; curcuminoid analogue; HPLC; pharmacokinetic; plasma extraction BHMC; curcuminoid analogue; HPLC; pharmacokinetic; plasma extraction
►▼ Show Figures 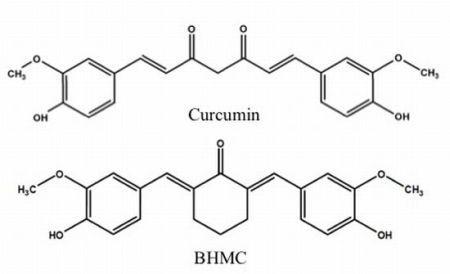