Additive Manufacturing of High-Entropy Alloys: A Review
Next Article in Special Issue

Magnetic Contribution to the Seebeck Effect

We discuss numerical results of diffusion-driven separation into three phases of a symmetric, three-component highly viscous liquid mixture after an instantaneous quench from the one-phase region into an unstable location within the tie triangle of its phase diagram. Our theoretical approach follows a diffuse-interface model of partially miscible ternary liquid mixtures that incorporates the one-parameter Margules correlation as a submodel for the enthalpic (so-called excess) component of the Gibbs energy of mixing, while its nonlocal part is represented based on a square-gradient (Cahn–Hilliard-type) modeling assumption. The governing equations for this phase-field ternary mixture model are simulated in 3D, showing the segregation kinetics in terms of basic segregation statistics, such as the integral scale of the pair-correlation function and the separation depth for each component. Based on the temporal evolution of the integral scales, phase separation takes place via the simultaneous growth of three phases up until a symmetry-breaking event after which one component continues to separate quickly, while phase separation for the other two seems to be delayed. However, inspection of the separation depths reveals that there can be no symmetry among the three components at any instant in time during a triphase segregation process. View Full-Text
Keywords: spinodal decomposition; liquid–liquid phase transitions; diffusion; nonequilibrium thermodynamics spinodal decomposition; liquid–liquid phase transitions; diffusion; nonequilibrium thermodynamics
►▼ Show Figures 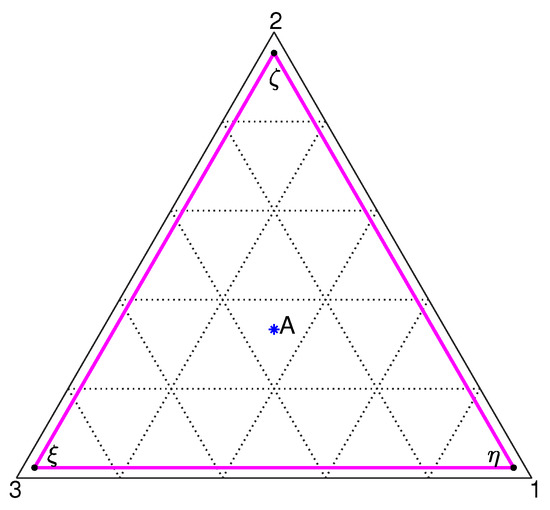