Congratulations to the winners of the Best Poster Award and Best Short Talk Award at the 19th European Workshops on Bacterial Protein Toxins (ETOX19), Davos, Switzerland, 2019, sponsored by Toxins.

The editorial team of Toxins would like to congratulate Charles Ericson—the winner of the Best Poster Award at the 19th European Workshops on Bacterial Protein Toxins (ETOX19). 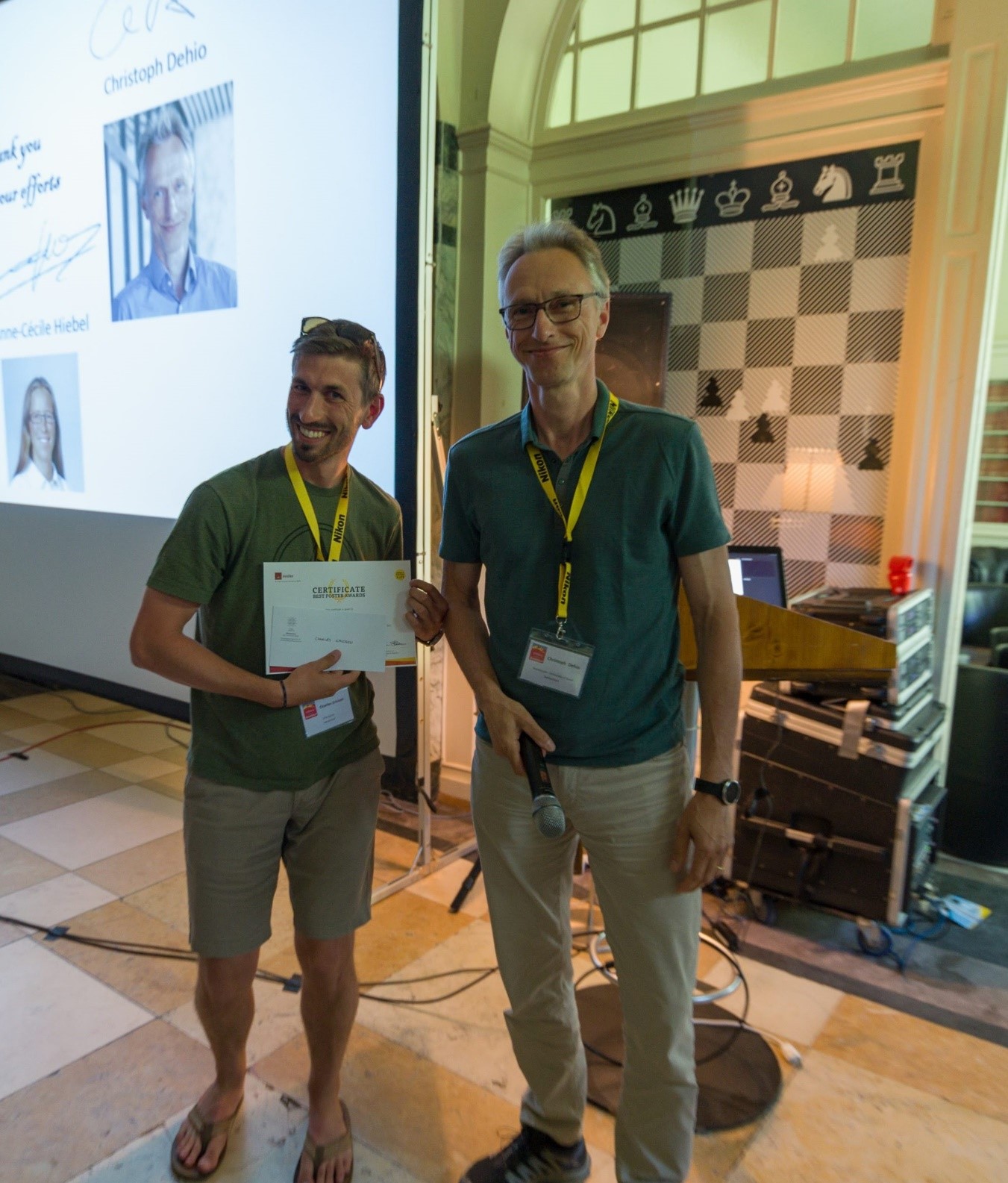 The title and abstract of Charles Ericson’s work are presented below:

Abstract: Many bacteria interact with target organisms using syringe-like structures called contractile injection systems (CIS). CIS structurally resemble headless bacteriophages and share evolutionarily related proteins such as in the tail tube, sheath, and baseplate complex. Recent evidence shows that CIS are specialized in puncturing membranes, and often deliver effectors to target cells. In many cases, CIS mediate trans-kingdom interactions between bacteria and eukaryotes, however, the effectors delivered to these target cells and their mode of action are often uncharacterized. It had been previously shown that an array of extracellular CIS produced by the marine bacteria Pseudoalteromonas luteoviolacea, deemed MACs (metamorphosis associated contractile structures), were able to induce the metamorphosis of the marine tubeworm Hydroides elegans. By cryo-electron tomography imaging and functional assays, we further investigated this interaction between the tubeworms and MACs, and were able to identify an effector protein, termed Mif1, that was found to be sufficient for triggering the metamorphosis. We then established that MACs are able to interact and kill two separate eukaryotic cell lines, fall armyworm Sf9 ovarian cells and J774A.1 murine macrophages. A secondary effector termed Pne1 was found to be responsible for this cell line killing ability. Interestingly, Pne1 was found to not play a role in the metamorphosis of the H. elegans larvae.

We established ex vivo and in vivo models that have identified two separate MAC effectors that interact with different eukaryotic systems. Our insights help to shed light on MACs that appear to have multiple eukaryotic targets. These results also help to define new mechanisms of CIS-mediated bacteria–eukaryote interactions and are a first step toward understanding the roles these structures may be playing in mediating their surrounding environments.

The editorial team of Toxins would like to congratulate Shihono Teruya—the winner of the Best Short Talk Award at the 19th European Workshops on Bacterial Protein Toxins (ETOX19). 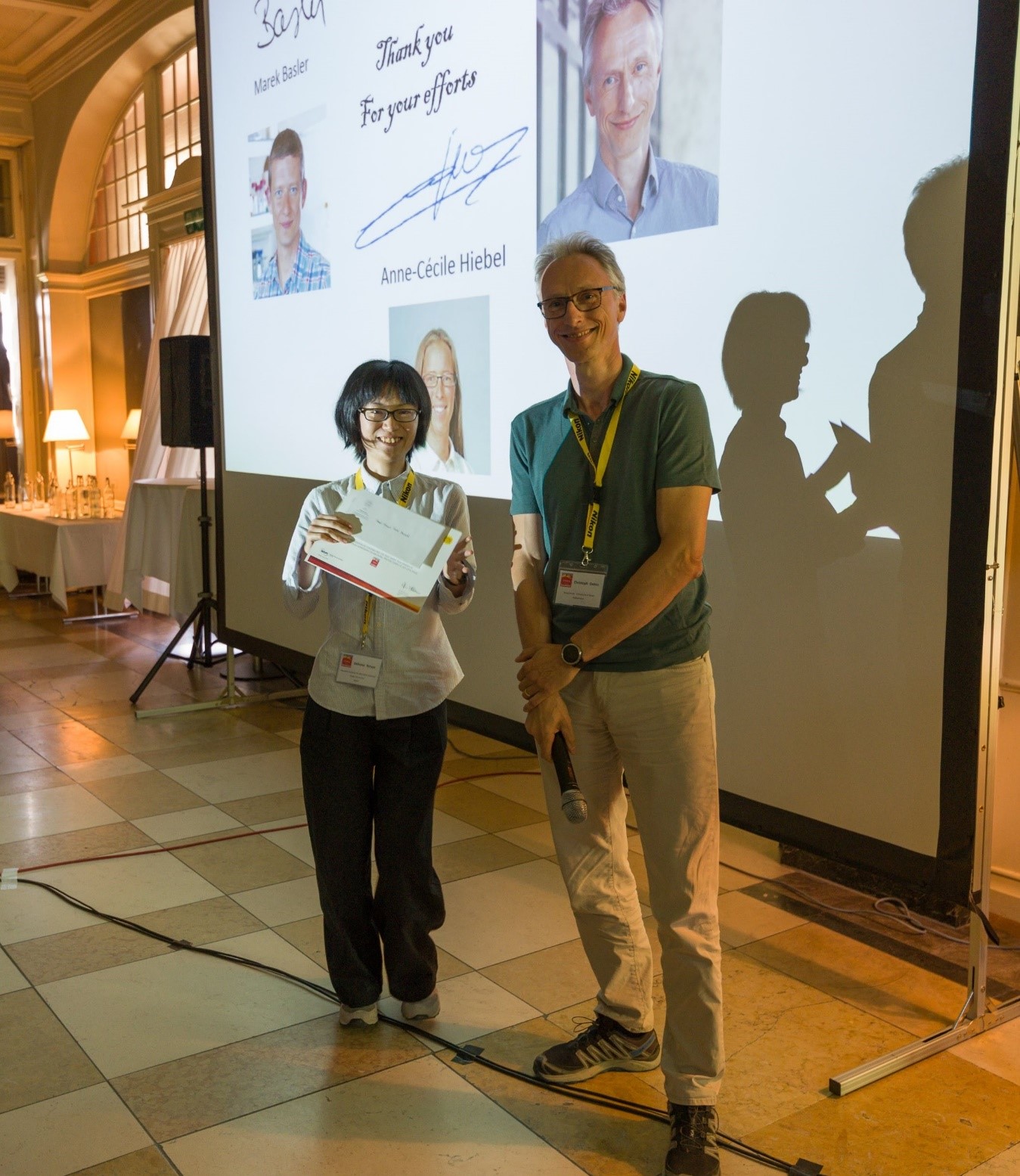 The title and abstract of Shihono Teruya’s work are presented below:

Dermonecrotic toxin (DNT), a virulence factor produced by the pathogenic bacteria belonging to the genus Bordetella, is known to exhibit toxin effects by activating Rho small GTPase of target cells. Our research group reported that the toxin was the causative agent for turbinate atrophy in pigs infected with B. bronchiseptica; however, its role in whooping cough—human infection with B. pertussis—is still unknown. In order to address this issue, we attempted to determine DNT-sensitive organs/tissues in host animals through identification of the DNT receptor. As the toxin affects only limited types of animal cells, its receptor is considered to be expressed by a specific tissue with a specific cell function. First, in order to facilitate high-throughput screening for the receptor, we generated a DNT–diphtheria toxin fragment A (DTA) fusion protein that caused cell death on DNT-sensitive cells, but not insensitive cells. Utilizing the combination of DNT–DTA and the CRISPR/Cas9 system, we performed a genome-wide screening for DNT–DTA-resistant cells with loss of function of a gene after introduction of a sgRNA library, and identified Gene X that encodes a transmembrane protein X as a DNT receptor candidate. The cells whose Gene X was specifically knocked out were highly resistant to DNT, and ectopic expression of Gene X restored DNT sensitivity. Furthermore, immunoprecipitation assay and competitive antagonist assays revealed a molecular interaction between X and DNT. These results suggest that X is a receptor for DNT. Since X is highly expressed in neuronal tissues, we consider that DNT may have function as a neurotrophic toxin.