A Micro Grid is an aggregate of many small-scale distributed energy resources (DERs); loads and can be operated independently or together with the existing power grid as a local power grid. The operator of such a grid takes charge of the energy supply and consumption of these resources and loads available in the grid. Meanwhile, the system operator of the grid considers the entire Micro Grid system to be a single load or a generator and assigns the responsibility of its internal management to the operator. The power production from a passive production resource is largely influenced by external environmental factors such as weather conditions, rather than operating conditions. Thus, this study conducted simulations for the cases where four kinds of conditional expressions had not been applied at all or one of them had been applied to compare and evaluate the effectiveness of each expression. As a result, the conditional equations were found to be effective when attempting to optimize the Micro Grids efficiently. View Full-Text
Keywords: Micro Grid; optimization theory; optimization; smart grid; MATLAB simulation Micro Grid; optimization theory; optimization; smart grid; MATLAB simulation
►▼ Show Figures 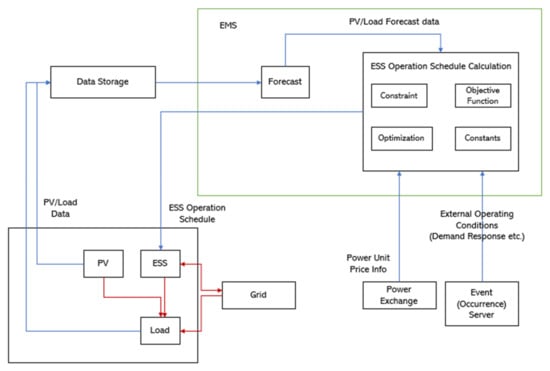