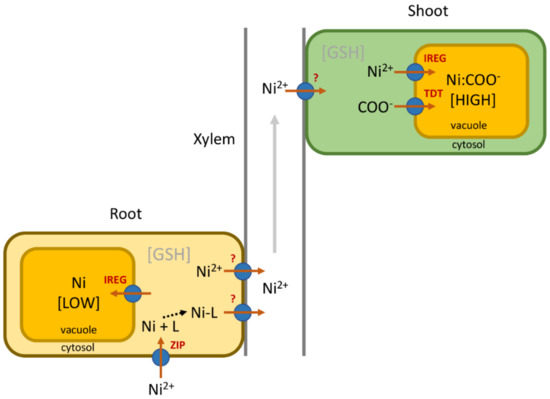 Van der Pas, L.; Ingle, R.A. Towards an Understanding of the Molecular Basis of Nickel Hyperaccumulation in Plants. Plants 2019, 8, 11.


Van der Pas L, Ingle RA. Towards an Understanding of the Molecular Basis of Nickel Hyperaccumulation in Plants. Plants. 2019; 8(1):11.


Van der Pas, Llewelyn; Ingle, Robert A. 2019. "Towards an Understanding of the Molecular Basis of Nickel Hyperaccumulation in Plants." Plants 8, no. 1: 11.