Inverse Parametrization of a Regional Groundwater Flow Model with the Aid of Modelling and GIS: Test and Application of Different Approaches

In order for the Indian government to maximize Integrated Water Resource Management (IWRM), the Brahmaputra River has played an important role in the undertaking of the Pilot Basin Study (PBS) due to the Brahmaputra River’s annual regional flooding. The selected Kulsi River—a part of Brahmaputra sub-basin—experienced severe floods in 2007 and 2008. In this study, the Rainfall-Runoff-Inundation (RRI) hydrological model was used to simulate the recent historical flood in order to understand and improve the integrated flood risk management plan. The ultimate objective was to evaluate the sensitivity of hydrologic simulation using different Digital Elevation Model (DEM) resources, coupled with DEM smoothing techniques, with a particular focus on the comparison of river discharge and flood inundation extent. As a result, the sensitivity analysis showed that, among the input parameters, the RRI model is highly sensitive to Manning’s roughness coefficient values for flood plains, followed by the source of the DEM, and then soil depth. After optimizing its parameters, the simulated inundation extent showed that the smoothing filter was more influential than its simulated discharge at the outlet. Finally, the calibrated and validated RRI model simulations agreed well with the observed discharge and the Moderate Imaging Spectroradiometer (MODIS)-detected flood extents. View Full-Text
Keywords: IWRM; flood risk; hydrological sensitivity; DEM; RRI model IWRM; flood risk; hydrological sensitivity; DEM; RRI model
►▼ Show Figures 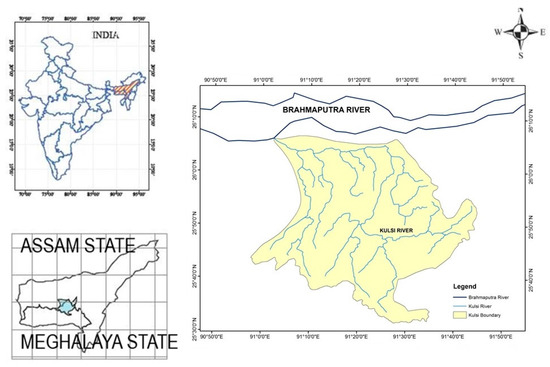