In a recent article, we noticed that the electron density in condensed matter exhibits large spikes close to the atomic nuclei. We showed that the peak magnitude of these spikes in the electron densities, 3–4 orders larger than the average electron plasma density in the Sun’s core, have no effect on the neutrino emission and absorption probabilities or on the neutrinoless double beta decay probability. However, it was not clear if the effect of these spikes is equivalent to that of an average constant electron density in matter. We investigated these effects by a direct integration of the coupled Dirac equations describing the propagation of flavor neutrinos into, through, and out of the matter. We proposed a new iteration-based algorithm for computing the neutrino survival/appearance probability in matter, which we found to be at least 20 times faster than some direct integration algorithms under the same accuracy. With this method, we found little evidence that these spikes affect the standard oscillations probabilities. In addition, we show that the new algorithm can explain the equivalence of using average electron densities instead of the spiked electron densities. The new algorithm is further extended to the case of light sterile neutrinos. View Full-Text
Keywords: neutrino mass and oscillations; long- and short-baseline accelerator neutrinos; appearance and disappearance experiments neutrino mass and oscillations; long- and short-baseline accelerator neutrinos; appearance and disappearance experiments
►▼ Show Figures 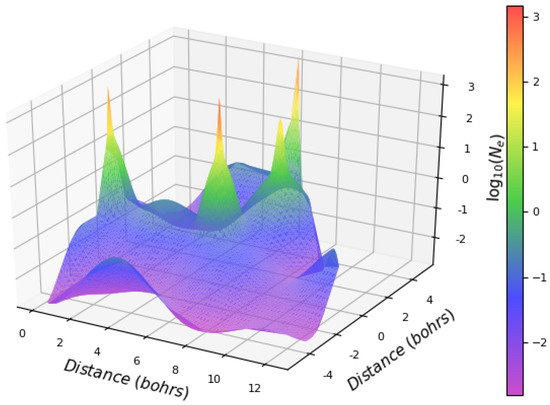