ROBI’: A Prototype Mobile Manipulator for Agricultural Applications
Next Article in Special Issue

The paper presents a fully-integrated and universal DC/DC converter to minimize cost and size of power supply systems in wireless nodes for Internet-of-Things (IoT) applications. The proposed converter avoids the use of inductors and is made by a cascade of switching capacitor stages, implementing both step-down and step-up converting ratios, which regulate input sources from 1 V to 60 V to a voltage of about 4 V. Multiple linear regulators are placed at the end of the cascade to provide multiple and stable output voltages for loads such as memories, sensors, processors, wireless transceivers. The multi-output power converter has been integrated in a Bipolar-CMOS-DMOS (BCD) 180 nm technology. As case study, the generation of 3 output voltages has been considered (3 V, 2.7 V, and 1.65 V with load current requirements of 0.3 A, 0.3 A, and 0.12 A, respectively). Thanks to the adoption of a high switching frequency, up to 5 MHz, the only needed passive components are flying capacitors, whose size is below 10 nF, and buffer capacitors, whose size is below 100 nF. These capacitors can be integrated on top of the chip die, creating a 3D structure. This way, the size of the power management unit for IoT and CPS nodes is limited at 18 mm2. The proposed converter can also be used with changing input power sources, like power harvesting systems and/or very disturbed power supplies. View Full-Text
Keywords: DC/DC converter; power supply; Internet-of-Things (IoT); Cyber-Physical-Systems (CPS) DC/DC converter; power supply; Internet-of-Things (IoT); Cyber-Physical-Systems (CPS)
►▼ Show Figures 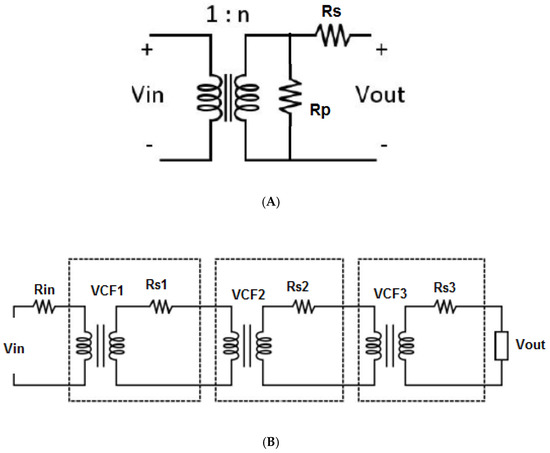