The Mutual Relationship between Protected Areas and Their Local Residents: The Case of Qinling Zhongnanshan UNESCO Global Geopark, China

The relationship between humans and protected areas may contribute to the success of conservation efforts. The Qinling Mountains are significant to China and the rest of the world, and the Qinling Zhongnanshan UNESCO Global Geopark comprises eight distinct scenic spots with residential communities. This study investigated the Geopark’s relationship between humans and protected areas by examining local residents’ incomes and land ownership characteristics. Data were derived from a questionnaire survey of 164 residents living in or near four of the eight scenic spots. Their individual and household incomes, requisitioned farmland losses and compensations, employment, and participation were analyzed. Most respondents were aged 30–70 years, and 90.9% were locally born and raised in the region. They tended to be self-employed in food catering or accommodation services within the Geopark or near its entrance. Reliance on the Geopark for their livelihoods was significant, because they worked full-time and earned a major share of their household incomes from Geopark-related employment. Fifty respondents reported that their farmland was requisitioned during the Geopark’s establishment. However, not all of them were financially compensated, and compensation was not equally distributed among those who received it. Reforming the complex top-down administrative system and developing an effective profit-sharing scheme for local residents are suggested measures for enhancing public satisfaction and knowledge about the Geopark, both factors that were low among the respondents. Increasing the local residents’ participation in Geopark activities is an important way to avoid conflict; increasing the number of job opportunities for local residents is proposed to achieve this goal. View Full-Text
Keywords: human–protected area relationship; National Geopark; Global Geopark; China human–protected area relationship; National Geopark; Global Geopark; China
►▼ Show Figures 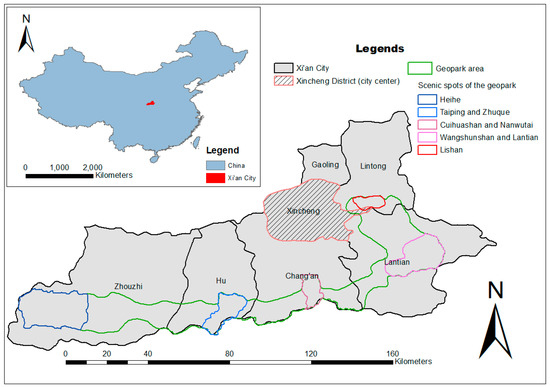