Dose Effect of Milk Thistle (Silybum marianum) Seed Cakes on the Digestibility of Nutrients, Flavonolignans and the Individual Components of the Silymarin Complex in Horses
Next Article in Special Issue

A Retrospective Analysis of Typologies of Animal Abuse Recorded by the SPCA, Hong Kong
Previous Article in Journal

Survey on the Presence of Bacterial, Fungal and Helminthic Agents in Off-Leash Dog Parks Located in Urban Areas in Central-Italy

Off-leash dog parks are designated, generally fenced, public spaces where dogs can move freely under the supervision of their owners. These areas, allowing animals to socialize and run free, play a fundamental role in dogs’ welfare. However, such environments may be a source of different pathogens, even zoonotic, excreted by the attending animals. The present study evaluated the occurrence of bacterial, fungal, and parasitic pathogens in off-leash dog parks located in Florence (central Italy). Yersinia spp., Listeria innocua, Toxocara canis eggs and Ancylostoma caninum/Uncinaria stenocephala eggs were found in canine feces. Keratinophilic geophilic fungi (mostly Microsporum gypseum/A. incurvatum, Microsporum canis in a single case) were recovered from soil. Trichosporon sp. and Geotrichum candidum were isolated from two water samples. The obtained results suggest that, despite the not negligible canine fecal contamination of selected areas (feces were found in 88.5% of the parks), attending dogs did not act as important carriers for the investigated pathogens, although examined off-leash dog parks may represent a risk for the spreading of some dermatophytoses to both pets and their owners. Thus, in a One-Health perspective, periodical examinations to detect the main bacteriological, parasitological and mycological pathogens in different samples collected in off-leash dog parks are recommended.

Off-leash dog parks are designated public spaces where dogs can move freely, under their owners’ supervision. These areas, allowing animals to socialize and move freely, are fundamental for dogs’ welfare. However, different pathogens, even zoonotic, may be excreted by the attending animals and contaminate the environment. The aim of the present study was to verify the occurrence of bacterial, fungal and parasitic pathogens in off-leash dog parks located in Florence (central Italy). Between March and May 2019, 83 fecal samples, 43 soil samples and 23 water samples (from fountains and puddles) collected from 26 off-leash fenced areas were examined. Fecal samples scored positive for Yersinia spp. (n = 7), Listeria innocua (n = 4), Toxocara canis eggs (n = 2) and Ancylostoma caninum/Uncinaria stenocephala eggs (n = 1). Keratinophilic geophilic fungi (mostly Microsporum gypseum /A. incurvatum) were recovered from 43 soil samples belonging to 23 out of 26 parks, along with Microsporum canis in a single case. Prototheca spp. was never isolated from water samples, while Trichosporon sp. was cultured in two cases, alone and in association with Geotrichum candidum. These results show that dogs did not act as important carriers for the investigated bacterial and parasitic pathogens, although examined areas may represent a risk for the spreading of some dermatophytoses to both pets and their owners. Periodical examinations to assess the main bacteriological, parasitological and mycological pathogens in different samples collected in off-leash dog parks should be carried out in a One-Health perspective. View Full-Text
Keywords: dogs; off-leash parks; feces; bacteria; fungi; parasites dogs; off-leash parks; feces; bacteria; fungi; parasites
►▼ Show Figures 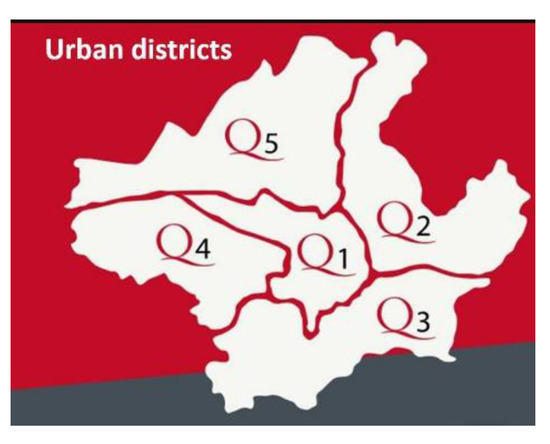