Accepting the Machine: A Response by Liliane Lijn to Three Questions from Arts
Previous Article in Special Issue

Between Fakes, Forgeries, and Illicit Artifacts—Authenticity Studies in a Heritage Science Laboratory

Disentangling Strategic and Opportunistic Looting: The Relationship between Antiquities Looting and Armed Conflict in Egypt 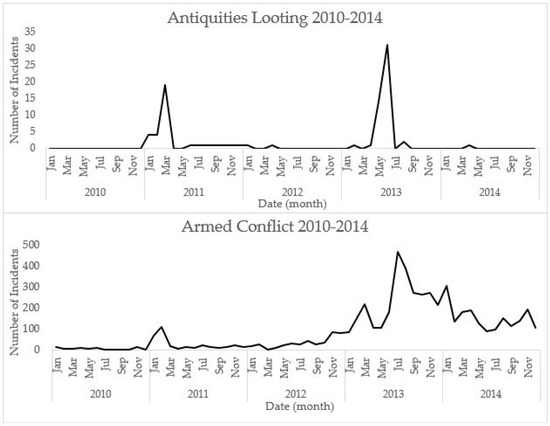 
Fabiani, Michelle D. 2018. "Disentangling Strategic and Opportunistic Looting: The Relationship between Antiquities Looting and Armed Conflict in Egypt." Arts 7, no. 2: 22.