Homocysteine Editing, Thioester Chemistry, Coenzyme A, and the Origin of Coded Peptide Synthesis †
Next Article in Special Issue

Small and Random Peptides: An Unexplored Reservoir of Potentially Functional Primitive Organocatalysts. The Case of Seryl-Histidine
Previous Article in Journal

The Role of Lipid Membranes in Life’s Origin

At some point in early evolution, life became cellular. Assuming that this step was required for the origin of life, there would necessarily be a pre-existing source of amphihilic compounds capable of assembling into membranous compartments. It is possible to make informed guesses about the properties of such compounds and the conditions most conducive to their self-assembly into boundary structures. The membranes were likely to incorporate mixtures of hydrocarbon derivatives between 10 and 20 carbons in length with carboxylate or hydroxyl head groups. Such compounds can be synthesized by chemical reactions and small amounts were almost certainly present in the prebiotic environment. Membrane assembly occurs most readily in low ionic strength solutions with minimal content of salt and divalent cations, which suggests that cellular life began in fresh water pools associated with volcanic islands rather than submarine hydrothermal vents. View Full-Text
Keywords: membranes; protocells; encapsulation membranes; protocells; encapsulation
►▼ Show Figures 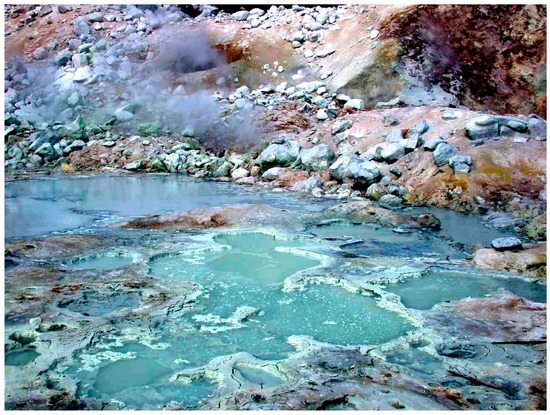