The Genetics of Symbiotic Nitrogen Fixation: Comparative Genomics of 14 Rhizobia Strains by Resolution of Protein Clusters
Previous Article in Journal

Plant-Bacteria Association and Symbiosis: Are There Common Genomic Traits in Alphaproteobacteria?

Tropical aquatic species of the legume genus Aeschynomene are stem- and root-nodulated by bradyrhizobia strains that exhibit atypical features such as photosynthetic capacities or the use of a nod gene-dependent (ND) or a nod gene-independent (NI) pathway to enter into symbiosis with legumes. In this study we used a comparative genomics approach on nine Aeschynomene symbionts representative of their phylogenetic diversity. We produced draft genomes of bradyrhizobial strains representing different phenotypes: five NI photosynthetic strains (STM3809, ORS375, STM3847, STM4509 and STM4523) in addition to the previously sequenced ORS278 and BTAi1 genomes, one photosynthetic strain ORS285 hosting both ND and NI symbiotic systems, and one NI non-photosynthetic strain (STM3843). Comparative genomics allowed us to infer the core, pan and dispensable genomes of Aeschynomene bradyrhizobia, and to detect specific genes and their location in Genomic Islands (GI). Specific gene sets linked to photosynthetic and NI/ND abilities were identified, and are currently being studied in functional analyses. View Full-Text
Keywords: rhizobia; genomics; Bradyrhizobium; Aeschynomene; nod-independent rhizobia; genomics; Bradyrhizobium; Aeschynomene; nod-independent
►▼ Show Figures 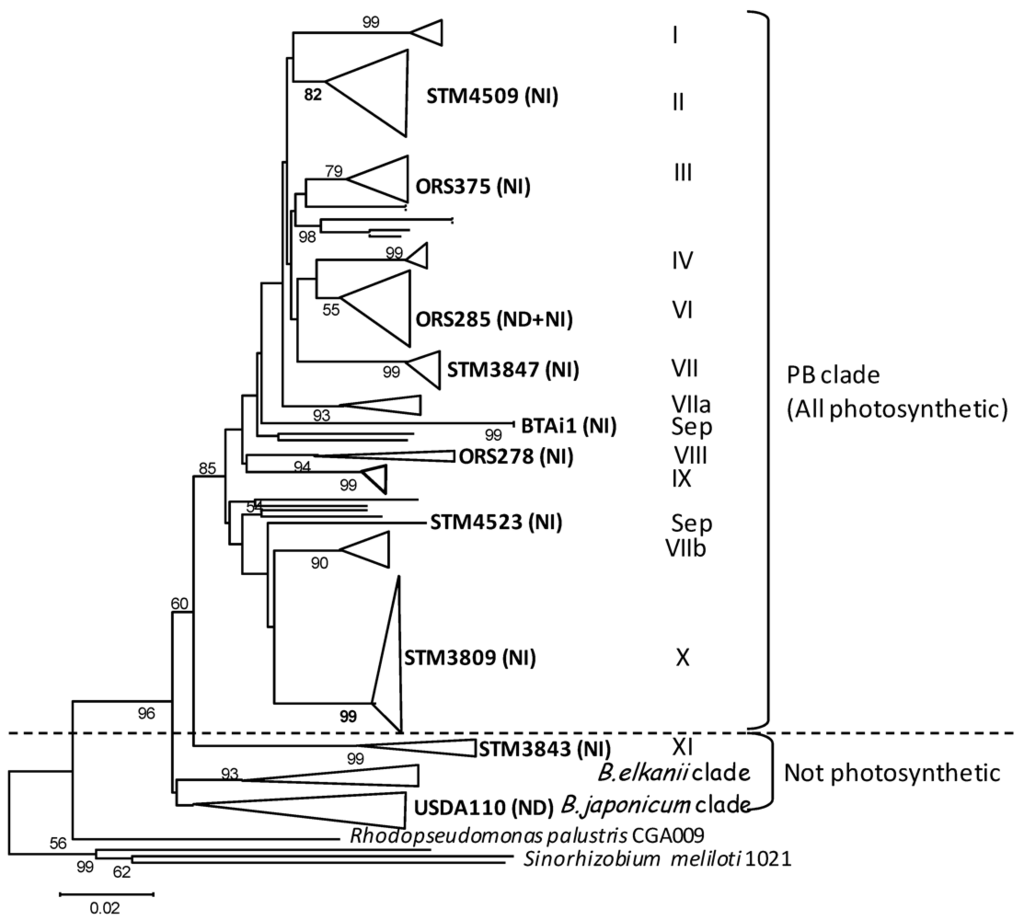