Toxicological Evaluation of a Potential Immunosensitizer for Use as a Mucosal Adjuvant—Bacillus thuringiensis Cry1Ac Spore-Crystals: A Possible Inverse Agonist that Deserves Further Investigation
Previous Article in Special Issue

The present study investigates the nature of the link between the staphylococcal enterotoxin A (SEA) gene and the lifecycle of Siphoviridae bacteriophages, including the origin of strain variation regarding SEA production after prophage induction. Five strains representing three different genetic lines of the sea region were studied under optimal and prophage-induced growth conditions and the Siphoviridae lifecycle was followed through the phage replicative form copies and transcripts of the lysogenic repressor, cro. The role of SOS response on prophage induction was addressed through recA transcription in a recA-disruption mutant. Prophage induction was found to increase the abundance of the phage replicative form, the sea gene copies and transcripts and enhance SEA production. Sequence analysis of the sea regions revealed that observed strain variances were related to strain capacity for prophage induction, rather than sequence differences in the sea region. The impact of SOS response activation on the phage lifecycle was demonstrated by the absence of phage replicative form copies in the recA-disruption mutant after prophage induction. From this study it emerges that all aspects of SEA-producing strain, the Siphoviridae phage and the food environment must be considered when evaluating SEA-related hazards. View Full-Text
Keywords: Staphylococcus aureus; enterotoxin A; prophage; Siphoviridae; staphylococcal food poisoning Staphylococcus aureus; enterotoxin A; prophage; Siphoviridae; staphylococcal food poisoning
►▼ Show Figures 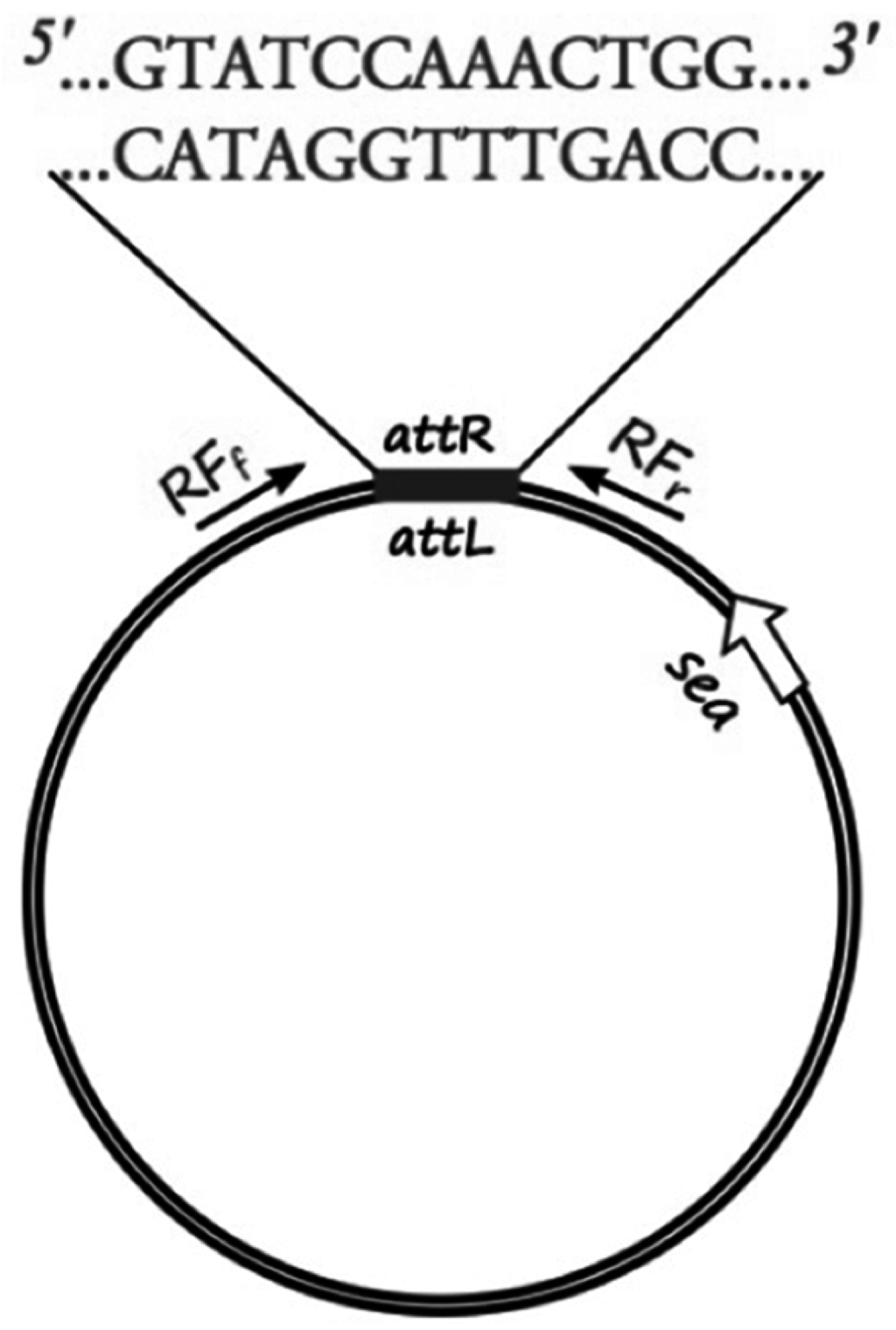