The Relationship between Vegetable Intake and Weight Outcomes: A Systematic Review of Cohort Studies
Next Article in Special Issue

Are Raw Brassica Vegetables Healthier Than Cooked Ones? A Randomized, Controlled Crossover Intervention Trial on the Health-Promoting Potential of Ethiopian Kale 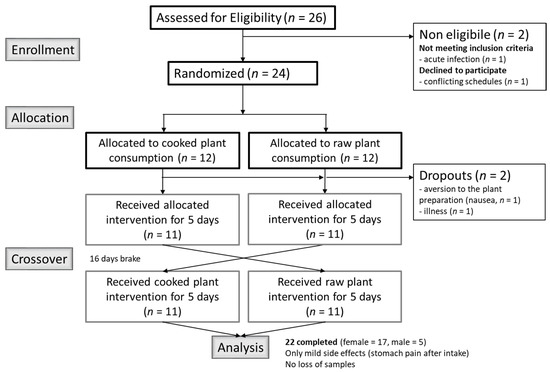