Marginal Abatement Cost of CO2 in China Based on Directional Distance Function: An Industry Perspective
Previous Article in Journal

As elicitors of terrestrial system change (e.g., land use transformation) through the introduction of anthropogenic causes, the spatial patterns and levels of roads might be more detrimental to the long-term health of ecosystems at a large scale than the road paving itself. This paper reveals the relationship between soil erosion and roads from a large-scale perspective in Jiangxi Province, China. Temporal and spatial distribution characteristics of artificial and natural drive factors of soil erosion alongside roads were addressed. It was found that, from 1990 to 2010, Jiangxi Province experienced an obvious reduction in soil erosion (the mean annual soil erosion rate decreased from 930.8 t·km−2·a−1 to 522.0 t·km−2·a−1), which was positively correlated with road density (p < 0.01). The maximum soil erosion reduction occurred at a distance of 0–1 km from the village roads. The order of soil erosion effects of the four levels of roads is: Village road > county road > provincial/national road. We emphasize that studying the indirect roles of roads in soil erosion is strongly dependent on a comprehensive consideration of historical policy and the economic development stage in a study area. This paper highlights the indirect role of village roads in soil erosion evolution. View Full-Text
Keywords: soil erosion; roads; human activity; large scale soil erosion; roads; human activity; large scale
►▼ Show Figures 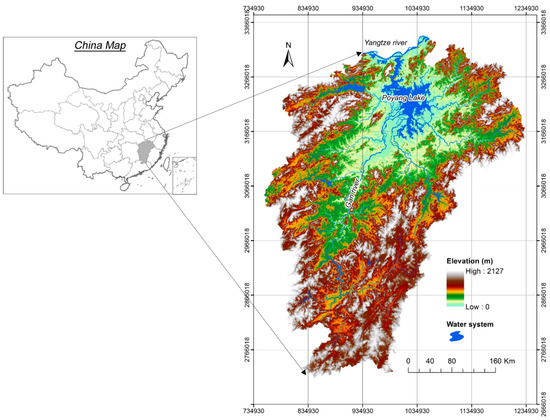