The Reuse of Sediments Dredged from Artificial Reservoirs for Beach Nourishment: Technical and Economic Feasibility
Next Article in Special Issue

How Circular Are the European Economies? A Taxonomic Analysis Based on the INEC (Index of National Economies’ Circularity)
Previous Article in Journal

The Effect of a Nature-Based Environmental Education Program on Children’s Environmental Attitudes and Behaviors: A Randomized Experiment with Primary Schools
Previous Article in Special Issue

The circular economy (CE) is a popular concept in the European Union (EU) space, which has been the subject of numerous research and substantiation activities. In the last years, there has been a growing interest in Romania regarding the characteristics of this new economic model and the principles on which it works. Referring to Romanian specialized literature currently available regarding the submitted topic, we consider that the theoretical part is insufficiently structured. In addition, by pointing out the applicability of the circular economy in Romanian space, we consider this to be represented mainly by the fragility of its effective and practical implementation. The examples of Romanian successes in the field of circular economy are limited, a fact that can be explained—from our perspective—through the aspect that in other EU countries, the process of development of CE has some precedents, a stronger background and a ”self-constructed” history in the topic. There is undoubtedly a necessity for adopting this new economic model, considering that, for the most part, Romanian economy is still dependent on the linear economic system. Starting from these arguments, the proposed article uses a thematic debate of the notion of circular economy, presenting, at the beginning, an incursion into the predominantly European variety of theoretical approaches. The selection of definitions and conceptualization is continued with an analysis of the stage of implementation of CE in Romania. The purpose of this approach is to investigate a niche identified in the Romanian space, not covered in the specialized scientific research and to expose the specificity of the process of transition of Romania to a circular economy, of the barriers encountered—namely, the problem related to the attitude and mentality regarding this new concept. We also point out that the intention of the study is to integrate a ”different” contemporary and very current economic concept into a real economy, and at the same time, to increase the visibility of its application at the level of a member country of the EU. The challenges encountered in the context of the increasingly present tendency in Romania of assimilating and complying with the precepts of the circular economy are also detailed, proposing, at the end of the study suggestions for improving the gaps identified at this level. The most realistic implementation of the circular model in Romania represents a qualitative plus for the human-society factor, as well as for the environment. In conclusion, we note that, despite the evolution of the number of theoretical approaches and concerns, the field of circular economy and the perspectives it proposes, continues to offer a favorable ground for further research. View Full-Text
Keywords: circular economy; sustainability; resources use; Romania; legislation circular economy; sustainability; resources use; Romania; legislation
►▼ Show Figures 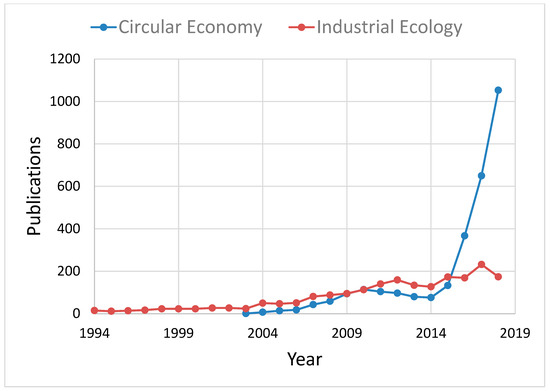