In the original soil and water assessment Tool (SWAT) model (SWAT-O), the contributions of shallow aquifers and deep aquifers to streamflow are simulated using the linear reservoir method. The movement of groundwater was limited in the hydrological response unit which is a minimum calculation unit in the SWAT. However, this computational method may not be suitable for the areas where a groundwater system is complicated, and the river is predominately recharged by groundwater. In this paper, we proposed an enhanced groundwater module which divides shallow aquifers into upper and lower aquifers, integrates all the deep aquifers of a sub-basin into a regional aquifer, and simulates interactive water amount between lower aquifer and deep aquifer using water depth difference. The modified groundwater module was introduced to the original SWAT model, hereby referred to as SWAT-MG. The SWAT-MG and SWAT-O models were applied to the Hailiutu River catchment, which is a semi-arid wind sandy grass shoal catchment. Results showed that both models underestimated streamflow in peak flow, while the simulated streamflow of SWAT-MG was closer the observed values than that of SWAT-O. Three evaluation criteria (NSE, RSR, PBIAS) were applied to evaluate the performance of the models and the results showed that SWAT-MG had a better performance than SWAT-O. The baseflow index of Hailiutu River which was calculated by the results of SWAT-MG was 96.78%, which means the streamflow is predominately recharged by groundwater, and this conforms to the actual situation of Hailiutu River catchment. This indicates that a SWAT model with a modified groundwater module could better represent the groundwater flow behavior in the study area. View Full-Text
Keywords: SWAT; aquifer; groundwater; streamflow SWAT; aquifer; groundwater; streamflow
►▼ Show Figures 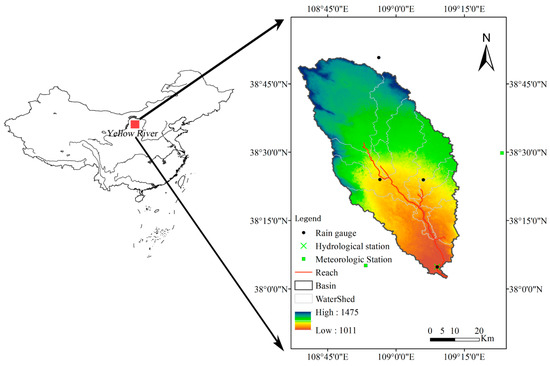