In composite materials made of polymer matrices and micro-nano dispersed compartments, the morphology of the dispersed phase can strongly affect several features of the final material, including stability, loading efficiency, and kinetic release of the embedded molecules. Such a polymer matrix composite can be obtained through the consolidation of the continuous polymer phase of a water-in-oil (W/O) emulsion. Here, we show that the morphology of the dispersed phase in a poly(lactic-co-glycolic acid, PLGA) matrix can be optimized by combining an effective mild temperature drying process with the addition of maltose as a densifying compound for the water phase of the emulsion. The influence of this addition on final stability and consequent optimal pore distribution was theoretically and experimentally confirmed. Samples were analyzed in terms of morphology on dried flat substrates and in terms of rheology and interfacial tension at the liquid state. While an increase of interfacial tension was found following the addition of maltose, the lower difference in density between the two emulsion phases coming from the addition of maltose allowed us to estimate a reduced creaming tendency confirmed by the experimental observations. Rheological measurements also confirmed an improved elastic behavior for the maltose-containing emulsion. View Full-Text
Keywords: PLGA; maltose; porous matrix; polymer microneedles; electro-drawing PLGA; maltose; porous matrix; polymer microneedles; electro-drawing
►▼ Show Figures 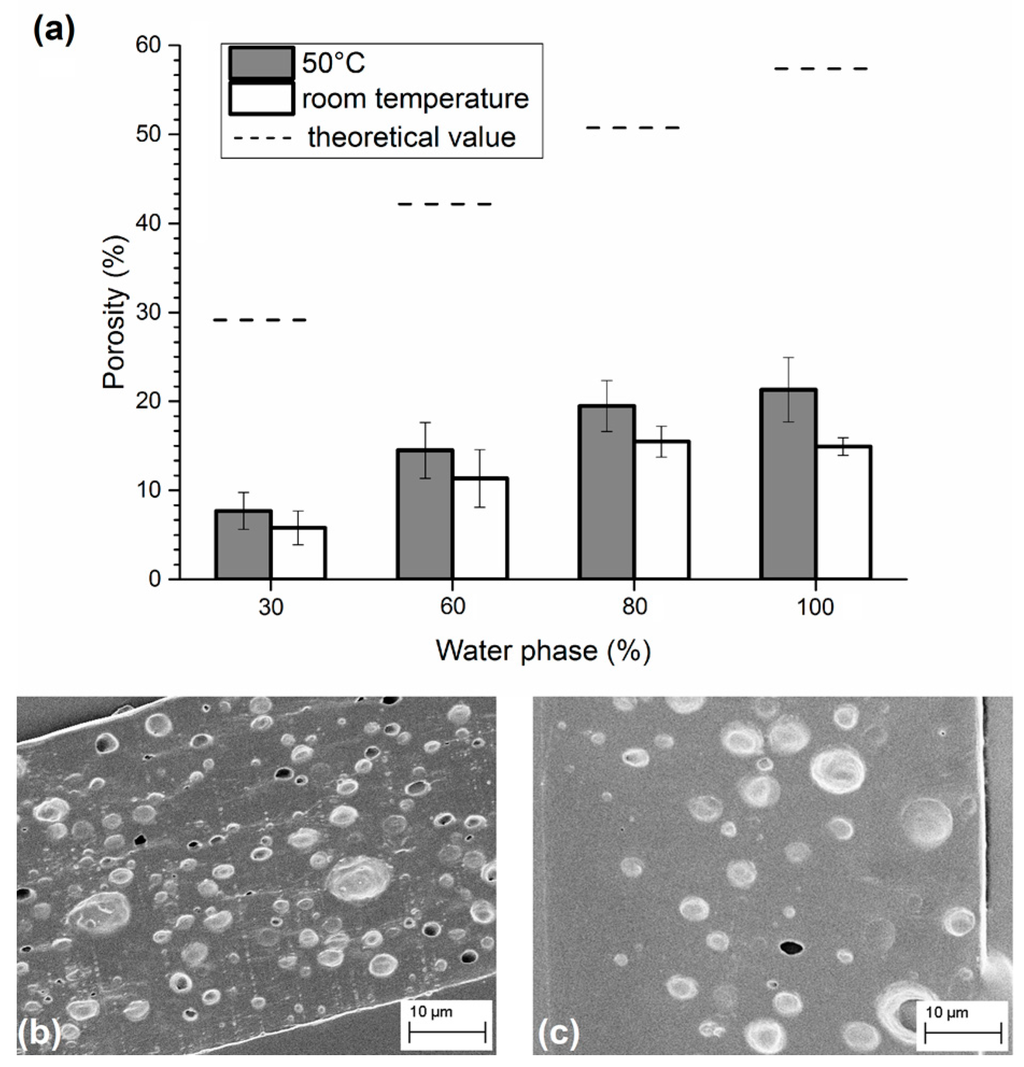 
Esposito, Eliana; Ruggiero, Flavia; Vecchione, Raffaele; Netti, Paolo A. 2016. "Room Temperature Consolidation of a Porous Poly(lactic-co-glycolic acid) Matrix by the Addition of Maltose to the Water-in-Oil Emulsion." Materials 9, no. 6: 420.