Development of Biomimetic NiTi Alloy: Influence of Thermo-Chemical Treatment on the Physical, Mechanical and Biological Behavior
Previous Article in Journal

Anodic porous alumina (APA) is a nanostructured material used as a template in several nanotechnological applications. We propose the use of APA in ultra-thin form (<100 nm) for augmented surface-enhanced Raman scattering (SERS). Here, the effect of in-depth thinning of the APA nanostructures for possible maximization of SERS was addressed. Anodization was carried out on ultra-thin films of aluminum on glass and/or silicon, followed by pore-opening. Gold (Au) was overcoated and micro‑Raman/SERS measurements were carried out on test target analytes. Finite integration technique simulations of the APA-Au substrate were used both for the experimental design and simulations. It was observed that, under optimized conditions of APA and Au thickness, the SERS enhancement is higher than on standard APA-Au substrates based on thin (~100 nm) APA by up to a factor of ~20 for test molecules of mercaptobenzoic acid. The agreement between model and experimental results confirms the current understanding of SERS as being mainly due to the physical origin of plasmon resonances. The reported results represent one step towards micro-technological, integrated, disposable, high-sensitivity SERS chemical sensors and biosensors based on similar substrates. View Full-Text
Keywords: SERS; nanostructures; anodic porous alumina; mercaptobenzoic acid; enhancement; surface plasmons; hotspots SERS; nanostructures; anodic porous alumina; mercaptobenzoic acid; enhancement; surface plasmons; hotspots
►▼ Show Figures 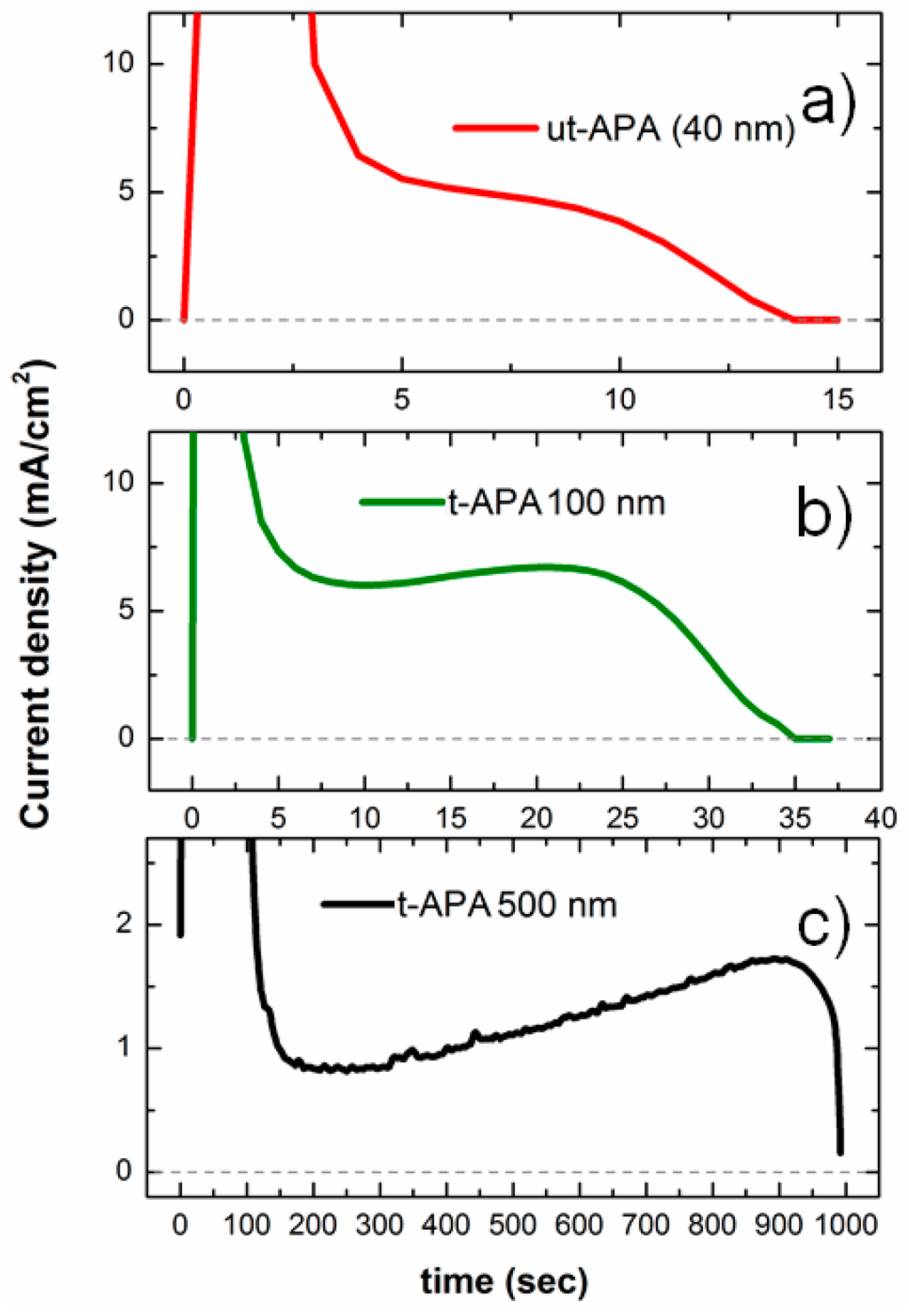