The cellulose sulfate (CS) is a newly developed cellulose derivative. The work aimed to investigate the effect of oleic acid (OA) content on properties of CS-OA film. The process of oleic acid dispersion into film was described to evaluate its effect on the properties of the film. Among the formulations evaluated, the OA addition decreased the solubility and water vapor permeability of the CS-OA film. The surface contact angle changed from 64.2° to 94.0° by increasing CS/OA ratio from 1:0 to 1:0.25 (w/w). The TS increased with OA content below 15% and decreased with OA over 15%, but the ε decreased with higher OA content. The micro-cracking matrices and micro pores in the film indicated the condense structure of the film destroyed by the incorporation of oleic acid. No chemical interaction between the OA and CS was observed in the XRD and FTIR spectrum. Film formulation containing 2% (w/w) CS, 0.3% (w/w) glycerol and 0.3% (w/w) OA, showed good properties of mechanic, barrier to moisture and homogeneity. View Full-Text
Keywords: packaging film; cellulose sulfate; oleic acid; composite films; hydrophobic properties packaging film; cellulose sulfate; oleic acid; composite films; hydrophobic properties
►▼ Show Figures 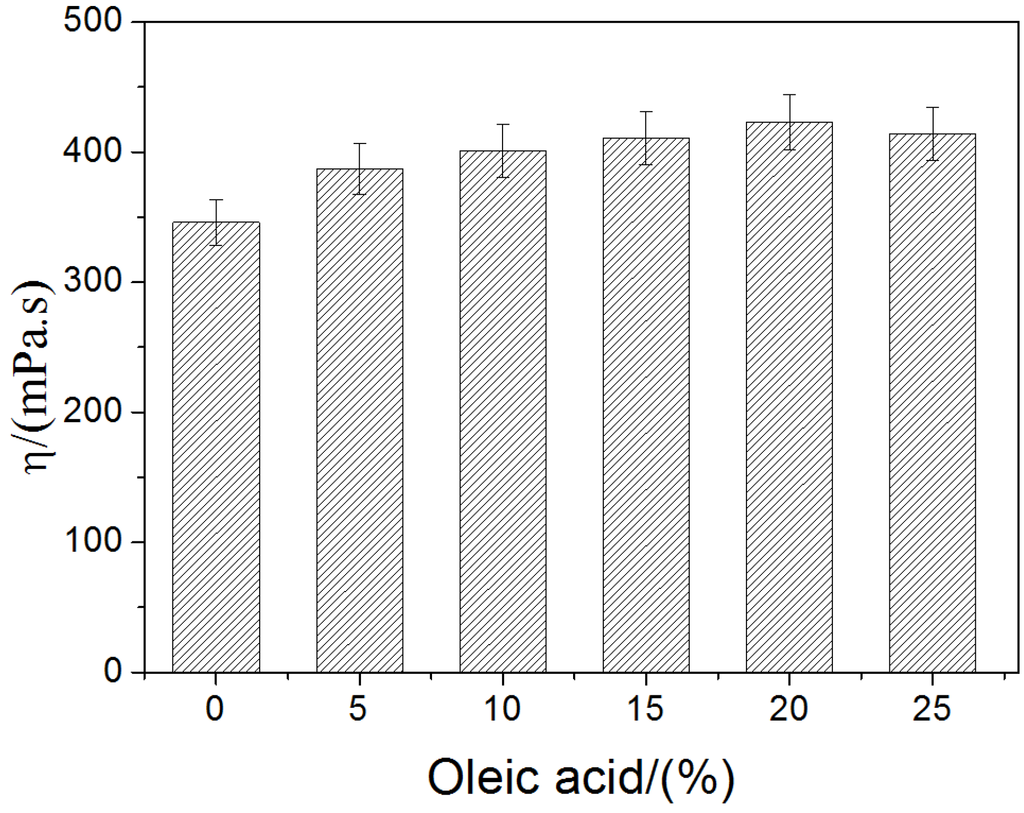