Natural polymers, such as chitosan, obtained from chitin, are been widely studied for use in the tissue regeneration field. This study established a protocol to attain membranes made from this biopolymer, consisting of high or low molecular weight chitosan. The biocompatibility of these membranes was histologically evaluated, comparing them to collagen membrane surgically implanted in rat subcutaneous tissue. Fifteen Holtzmann rats were divided in three experimental groups: High and Low Molecular Weight Chitosan membranes (HMWC and LMWC) and Collagen membranes (C—control group); each of them with three experimental periods: 7, 15 and 30 days. As a result, after the seven days evaluation, the membranes were present and associated with a variable degree of inflammation, and after the 15 and 30 days evaluations, the membranes were absent in all groups. It is concluded that the chitosan-based membranes were successfully attained and presented comparable resorption times to collagen membranes. View Full-Text
Keywords: chitosan; tissue regeneration; chitosan hydrochloride; membrane chitosan; tissue regeneration; chitosan hydrochloride; membrane
►▼ Show Figures 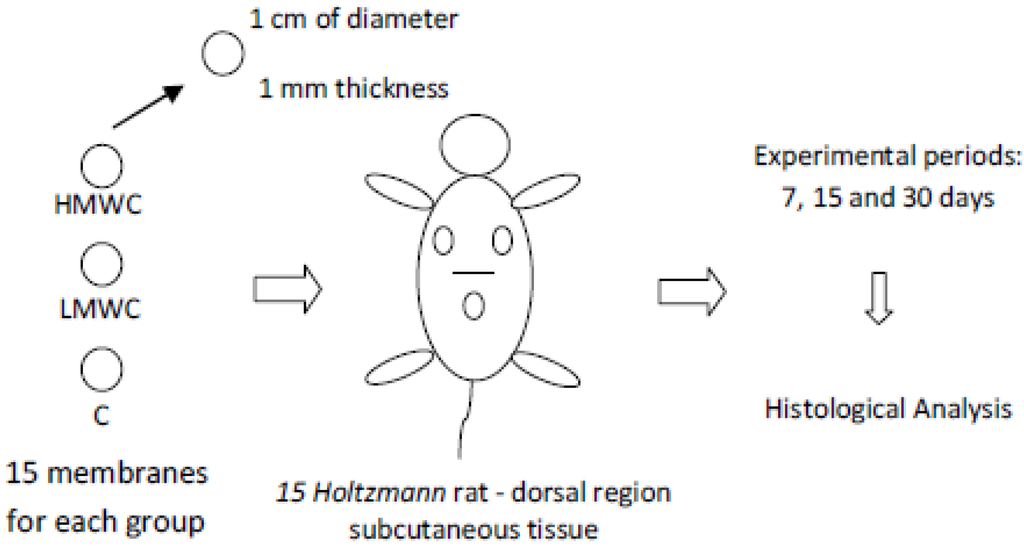