This work focuses on the performance study of the PowerCollector™, a concentrated photovoltaic thermal system with a custom-made geometry and a photovoltaic cell cooling technology. To do so, a model that portrays the behavior of this concentrating solar system was developed. In order to validate all the information obtained with its simulation, measurements were taken from an experimental setup and were compared to the respective results predicted by this exact same model. It should be noted that all these procedures were based on the fluid for which the PowerCollector™ has been designed (water). Hence, the efficiency enhancement using nanofluids was also considered, as data from some studies addressing this issue were analyzed. Alongside all of this, the corrosion and erosion effects on the pipes incorporated in this system and originated by all the fluids mentioned throughout this investigation were also evaluated. In summary, with this entire study, it could be concluded that nanofluids may represent an appropriate alternative to water, as long as they are chosen according to all particularities of each case. View Full-Text
Keywords: corrosion; electrical and thermal efficiency; nanofluid; PowerCollector™ corrosion; electrical and thermal efficiency; nanofluid; PowerCollector™
►▼ Show Figures 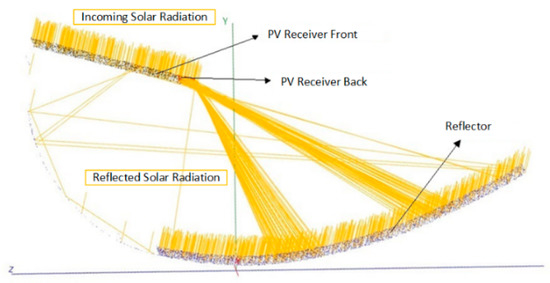