Factors Associated with “Survivor Identity” in Men with Breast Cancer

(1) Background: Romania has one of the highest cervical cancer incidence rates in Europe. In Cluj County, the first screening program was initiated in 1998. We aimed to investigate the time trends of cervical cancer incidence in women from Cluj County and to evaluate the data quality at the Cancer Registry. (2) Methods: We calculated time trends of standardized incidence rates in the period 1998–2014 and the Annual Percent Change (APC%). To assess data quality, we used the indicators: mortality/incidence ratio (M/I), percentage of cases declared only at death (DOD%), and percentage of cases with pathological confirmation (PC%). (3) Results: The standardized incidence rate increased steadily, from 23.74 cases/100,000 in 1998, to 32/100,000 in 2014, with an APC% of 2.49% (p < 0.05). The rise in incidence affected both squamous cell carcinoma (APC% 2.49%) (p < 0.05) and cervical adenocarcinoma (APC% 10.54%) (p < 0.05). The M/I ratio was 0.29, DOD% 2.66%, and MC% 94.8%. The last two parameters are within the silver standard concerning data quality. (4) Conclusions. Our study revealed an ascending trend of cervical cancer incidence, more consistent for adenocarcinoma, in the context of a newly introduced screening program and partially due to the improvement of the quality of case reporting at the Cancer Registry from Cluj.
Keywords: cervical cancer; incidence time trends; data quality; organized screening program; population-based cancer registry cervical cancer; incidence time trends; data quality; organized screening program; population-based cancer registry

We performed a descriptive study, based on data from the Territorial Cancer Registry of the North-Western Region of Romania, located in the “Prof. Dr. Ion Chiricuță” Oncology Institute, Cluj-Napoca [13].

Cervical cancer cases were selected by C53 topographic codes, according to the International Classification of Diseases for Oncology, Third Edition [14].
We included all patients of all ages with permanent residence in Cluj County, diagnosed with cervical cancers in the period 1998–2014, recorded in the Territorial Cancer Registry. The pathologic subtypes included were squamous cell carcinoma (pathological code 8070–8120), adenocarcinoma (code 8140–8490), and other pathologic types (8020, 8098, 8200, and 8560, including unconfirmed anatomopathological cases).
Patients with lymphomas (codes 9670–9680), sarcomas, mixed epithelial and mesenchymal tumors (codes 8805–9540), and neuroendocrine carcinomas (code: 8013, 8041, 8240, and 8249) of the cervix were excluded from the analysis.
After applying these criteria, we selected 2563 cases, of which 1519 were diagnosed in the period 2006–2014.

We collected data from the Territorial Cancer Registry of the North-Western Region of Romania regarding age, date of diagnosis, site, and anatomopathological type of the tumor.
For the interval 2006–2014, information was available for the following parameters: stage at diagnosis, according to the TNM classification [15], and date of death.
Demographic data of the female population in Cluj County, in the period 1998–2014, by 5-year age groups was obtained from the National Institute of Statistics [16].

We calculated the age-standardized incidence rate per 100,000 population by the direct method, using the standard world population, firstly for all cases, then by pathological types and by stages for the period 2006–2014 [17]. The age-specific incidence rate was calculated for the period 1998–2014.
Time trends of incidences rates were calculated using the Joinpoint Regression program, version 4.1.1, Bethesda, USA [18]. We used the log-linear regression model. We identified time change points, and we estimated the Annual Percent Change (APC%), assuming that the rates change with a constant percentage on a logarithmic scale for each time segment [19].
The quality control of the data regarding cervical cancer cases registered at the Territorial Cancer Registry in the period 2006–2014 was performed to assess the completeness of the data collected at the registry. This analysis was performed using the following indicators: mortality/incidence ratio (M/I), using crude rates, percentage of cases declared only at death (DOD%), and percentage of cases with pathological confirmation (PC%) [13].
The statistical program used was SPSS 17. To compare the variables in different subgroups, the χ2 test was applied. In the statistical analysis, all tests used were considered statistically significant at p < 0.05.

Based on the high quality of the data provided by the Cancer Registry, our study revealed a very high incidence of cervical cancer in Cluj county. The ascending trend of cervical cancer incidence, more consistent for adenocarcinoma, can be explained in the context of a newly introduced screening program. The first beneficial effect in the medium term of the organized screening program is represented by the high percentage of cases detected in early stages. To further influence the incidence and mortality of cervical cancer, screening must continue, with quality control of the program at all stages. Improving and maintaining the high quality of the data collected at the Territorial Cancer Registry is a mandatory condition to fulfill their mission of accurately reflecting the cancer burden and ensuring the quality control of the primary and secondary prevention programs in the future.

Ethical approval was not required for this retrospective study.

Patient consent was waived due to the retrospective, non-interventional nature of the study.

Data are unavailable due to patient confidentiality. 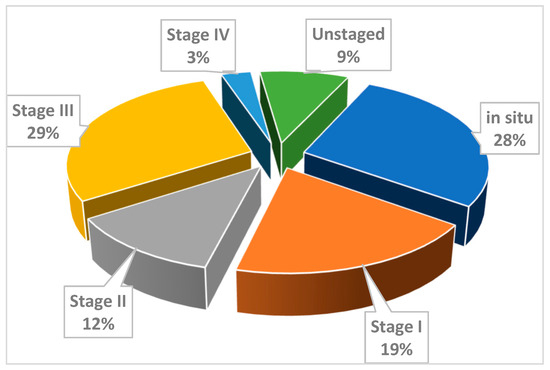 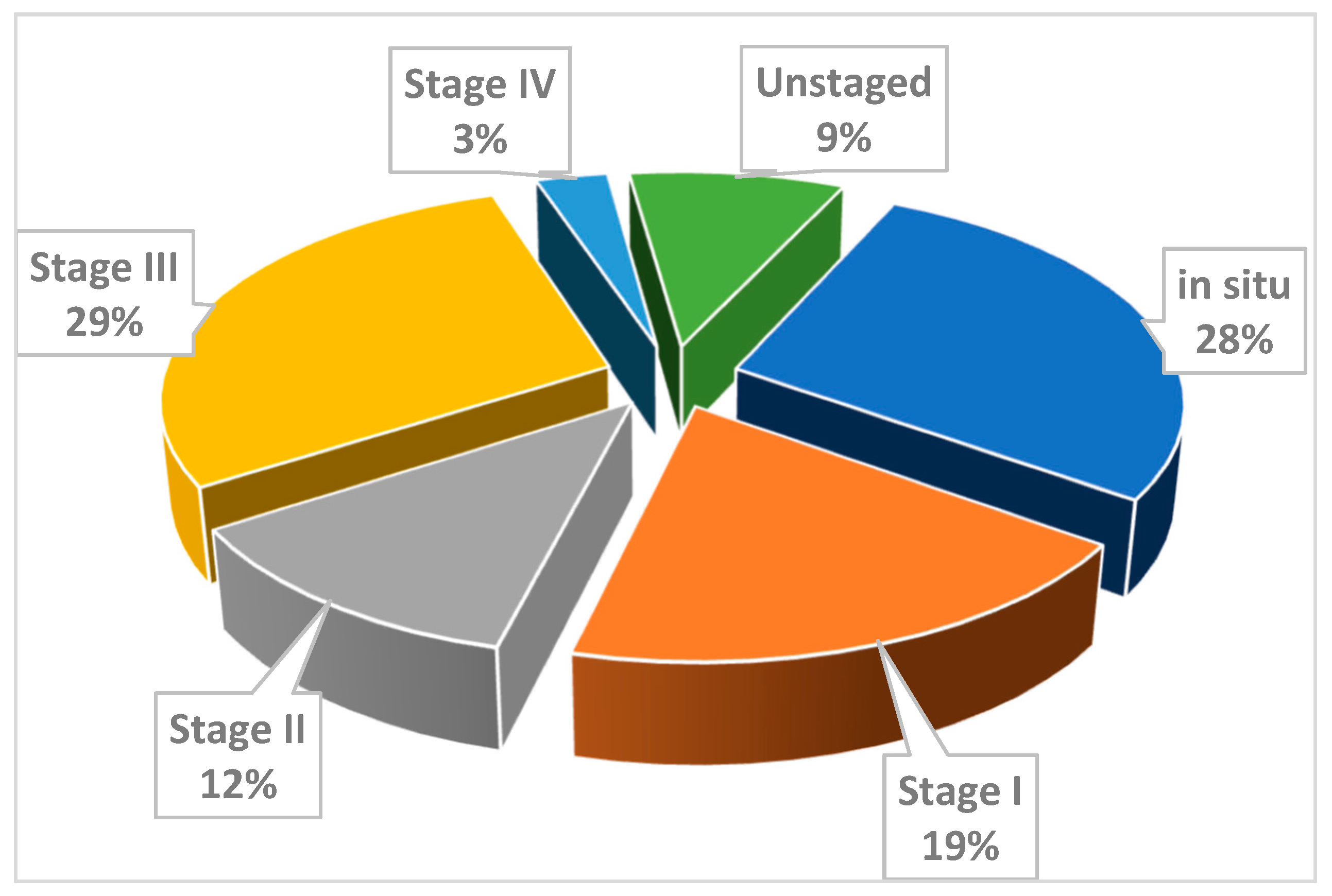 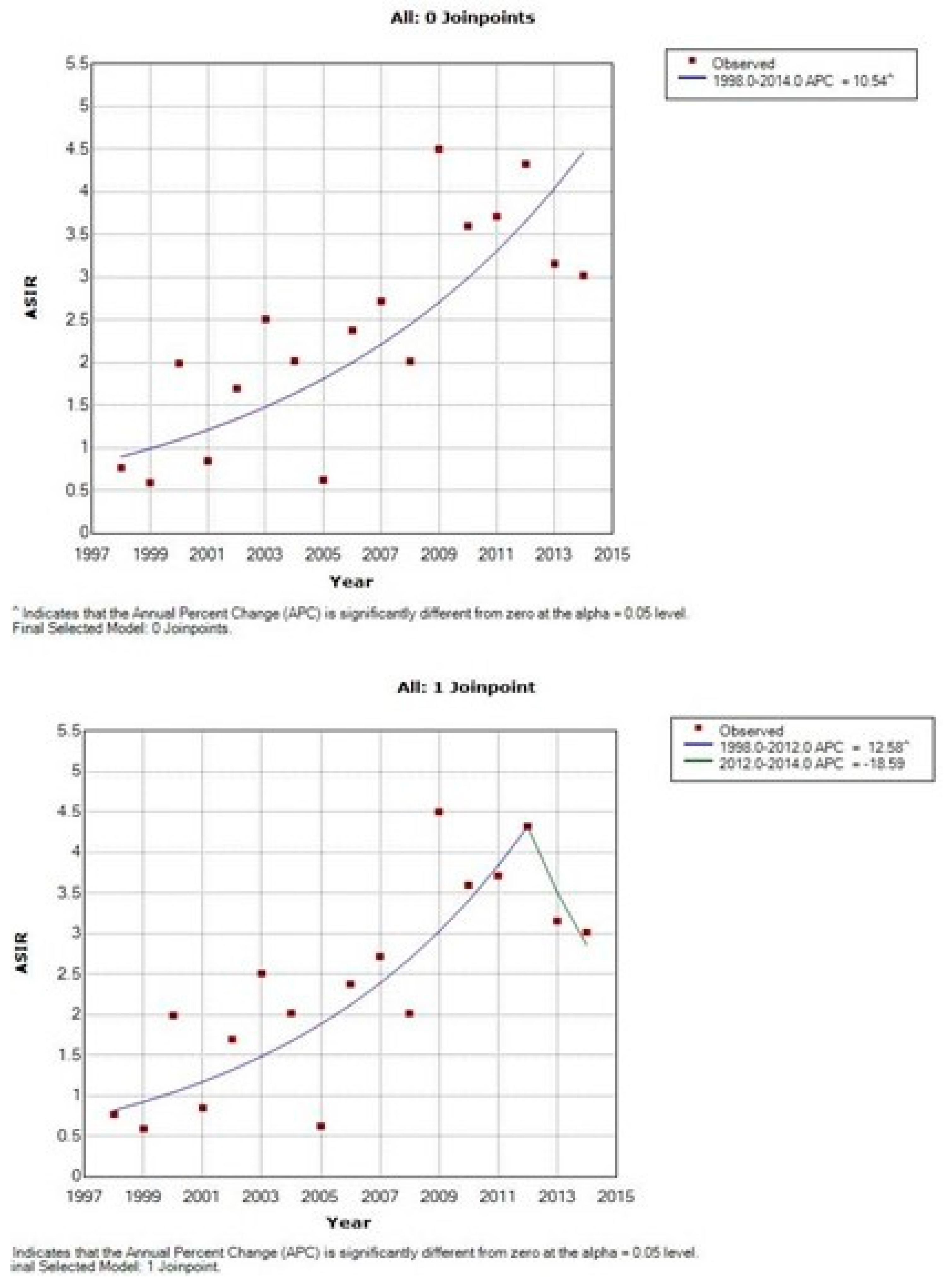