The aim of this study was to investigate the risk of developing preeclampsia (PE) associated with gestational exposure to ambient air pollutants in southern Sweden, a low-exposure area. We used a cohort of 43,688 singleton pregnancies and monthly mean exposure levels of black carbon (BC), local and total particulate matter (PM2.5 and PM10), and NOX at the maternal residential address estimated by Gaussian dispersion modeling from 2000 to 2009. Analyses were conducted using binary logistic regression. A subtype analysis for small-for-gestational age (SGA) was performed. All analyses were adjusted for obstetrical risk factors and socioeconomic predictors. There were 1286 (2.9%) PE cases in the analysis. An adjusted odds ratio (AOR) of 1.35 with a 95% confidence interval (CI) of 1.11–1.63 was found when comparing the lowest quartile of BC exposure to the highest quartile in the third trimester The AOR for PE associated with each 5 µg/m3 increase in locally emitted PM2.5 was 2.74 (95% CI: 1.68, 4.47) in the entire pregnancy. Similar patterns were observed for each 5 µg/m3 increment in locally emitted PM10. In pregnancies complicated by PE with SGA, the corresponding AOR for linear increases in BC was 3.48 (95% CI: 1.67, 7.27). In this low-level setting, maternal exposure to ambient air pollution during gestation was associated with the risk of developing PE. The associations seemed more pronounced in pregnancies with SGA complications, a finding that should be investigated further. View Full-Text
Keywords: Ambient air pollution; preeclampsia; small-for-gestational age; environmental epidemiology Ambient air pollution; preeclampsia; small-for-gestational age; environmental epidemiology
►▼ Show Figures 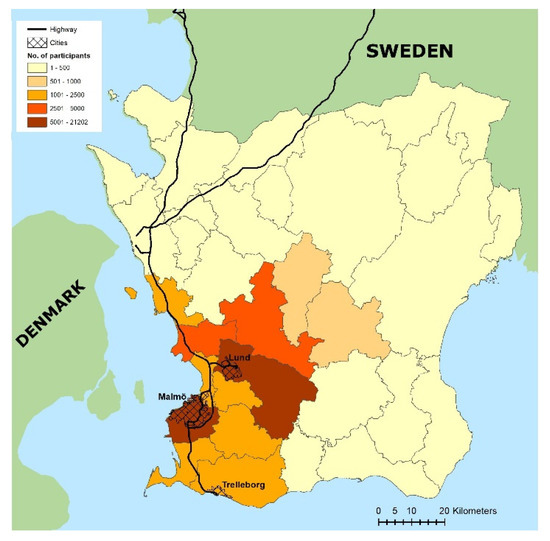