The Bisphenol A Induced Oxidative Stress in Non-Alcoholic Fatty Liver Disease Male Patients: A Clinical Strategy to Antagonize the Progression of the Disease
Next Article in Special Issue

Association between Participation in Annual Physical Examinations and Risk Factors for Noncommunicable Diseases in Adults with Disabilities: Evidence from Shanghai, China
Previous Article in Journal

Diphtheria-Tetanus-Polio, Measles-Mumps-Rubella, and Hepatitis B Vaccination Coverage and Associated Factors among Homeless Children in the Paris Region in 2013: Results from the ENFAMS Survey

Individuals with severe mental illnesses (SMI) face a striking excess and premature mortality which has been demonstrated in several national contexts. This phenomenon, which constitutes a red-flag indicator of public health inequities, can be hypothesized to result from healthcare access issues which have been insufficiently documented so far. In this context, our objective was to explore patterns of general somatic healthcare use of individuals treated for SMI in comparison to those of the general population in France using national health administrative data and a matched case-control study. Differences in the use of general and specific somatic preventive care services, primary care, routine specialized somatic care and admissions to non-psychiatric hospital departments for somatic causes were described between cases and controls after adjustment on differing clinical needs, socio-economic status, and living environment. Our results show a lower use of general preventive care services and of routine specialized somatic care in the SMI population, despite more frequent comorbidities, and a higher occurrence of avoidable hospitalizations, despite higher contacts with primary care physicians. These findings suggest that the health system fails to address the specific needs of this vulnerable population and support the development of measures aimed at reducing this gap. View Full-Text
Keywords: severe mental illnesses; somatic care; healthcare use; health inequities; vulnerable populations severe mental illnesses; somatic care; healthcare use; health inequities; vulnerable populations
►▼ Show Figures 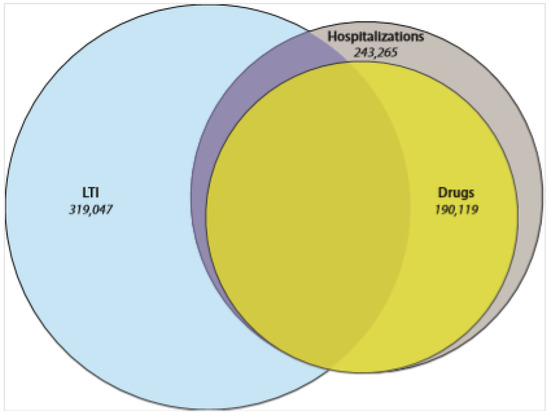 
Gandré C, Coldefy M. Disparities in the Use of General Somatic Care among Individuals Treated for Severe Mental Disorders and the General Population in France. International Journal of Environmental Research and Public Health. 2020; 17(10):3367.


Gandré, Coralie; Coldefy, Magali. 2020. "Disparities in the Use of General Somatic Care among Individuals Treated for Severe Mental Disorders and the General Population in France." Int. J. Environ. Res. Public Health 17, no. 10: 3367.