Measurement of Scenic Spots Sustainable Capacity Based on PCA-Entropy TOPSIS: A Case Study from 30 Provinces, China
Previous Article in Journal

The aim of this study was to estimate willingness to pay (WTP) for long-term care insurance (LTCI) and to explore the determinants of demand for LTCI in China. We collected data from a household survey conducted in Qinghai and Zhejiang on a sample of 1842 households. We relied on contingent valuation methods to elicit the demand for LTCI and random effects logistic regression to analyze the factors associated with the demand for LTCI. Complementarily, we used document analysis to compare the LTCI designed in this study and the current LTCI policies in the pilot cities. More than 90% of the respondents expressed their willingness to buy LTCI. The median WTP for LTCI was estimated at 370.14 RMB/year, accounting for 2.29% of average annual per capita disposable income. Price, age, education status, and income were significantly associated with demand for LTCI. Most pilot cities were found to mainly rely on Urban Employees Basic Medical Insurance funds as the financing source for LTCI. Considering that financing is one of the greatest challenges in the development of China’s LTCI, we suggest that policy makers consider individual contribution as an important and possible option as a source of financing for LTCI. View Full-Text
Keywords: demand; long-term care insurance; China demand; long-term care insurance; China
►▼ Show Figures 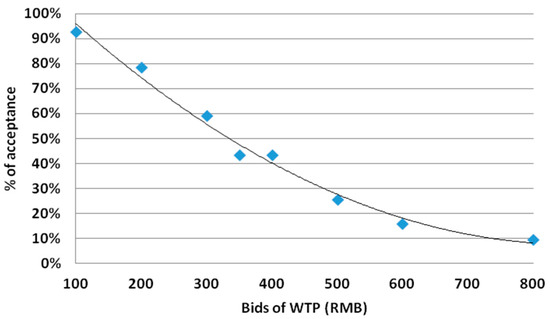