Global navigation satellite system (GNSS) can provide dual-frequency observation data, which can be used to effectively calculate total electron content (TEC). Numerical studies have utilized GNSS-derived TEC to evaluate the accuracy of ionospheric empirical models, such as the International Reference Ionosphere model (IRI) and the NeQuick model. However, most studies have evaluated vertical TEC rather than slant TEC (STEC), which resulted in the introduction of projection error. Furthermore, since there are few GNSS observation stations available in the Antarctic region and most are concentrated in the Antarctic continent edge, it is difficult to evaluate modeling accuracy within the entire Antarctic range. Considering these problems, in this study, GNSS STEC was calculated using dual-frequency observation data from stations that almost covered the Antarctic continent. By comparison with GNSS STEC, the accuracy of IRI-2016 and NeQuick2 at different latitudes and different solar radiation was evaluated during 2016–2017. The numerical results showed the following. (1) Both IRI-2016 and NeQuick2 underestimated the STEC. Since IRI-2016 utilizes new models to represent the F2-peak height (hmF2) directly, the IRI-2016 STEC is closer to GNSS STEC than NeQuick2. This conclusion was also confirmed by the Constellation Observing System for Meteorology Ionosphere and Climate (COSMIC) occultation data. (2) The differences in STEC of the two models are both normally distributed, and the NeQuick2 STEC is systematically biased as solar radiation increases. (3) The root mean square error (RMSE) of the IRI-2016 STEC is smaller than that of the NeQuick2 model, and the RMSE of the two modeling STEC increases with solar radiation intensity. Since IRI-2016 relies on new hmF2 models, it is more stable than NeQuick2. View Full-Text
Keywords: International Reference Ionosphere model; NeQuick model; Antarctic; GNSS STEC; accuracy analysis International Reference Ionosphere model; NeQuick model; Antarctic; GNSS STEC; accuracy analysis
►▼ Show Figures 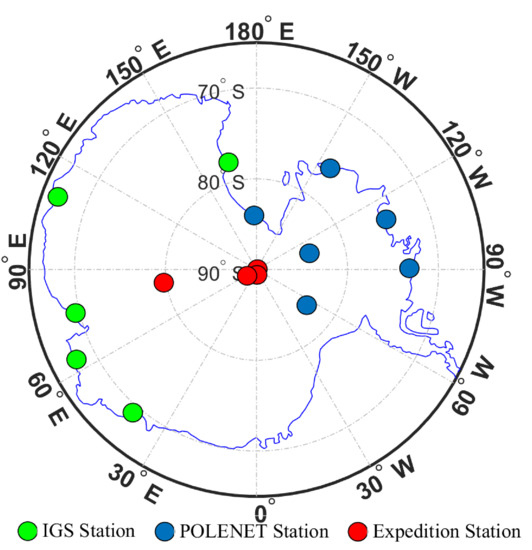