The Earth’s rotation undergoes changes with the influence of geophysical factors, such as Earth’s surface fluid mass redistribution of the atmosphere, ocean and hydrology. However, variations of Earth Rotation Parameters (ERP) are still not well understood, particularly the short-period variations (e.g., diurnal and semi-diurnal variations) and their causes. In this paper, the hourly time series of Earth Rotation Parameters are estimated using Global Positioning System (GPS), Global Navigation Satellite System (GLONASS), and combining GPS and GLONASS data collected from nearly 80 sites from 1 November 2012 to 10 April 2014. These new observations with combining different satellite systems can help to decorrelate orbit biases and ERP, which improve estimation of ERP. The high frequency variations of ERP are analyzed using a de-trending method. The maximum of total diurnal and semidiurnal variations are within one milli-arcseconds (mas) in Polar Motion (PM) and 0.5 milli-seconds (ms) in UT1-UTC. The semidiurnal and diurnal variations are mainly related to the ocean tides. Furthermore, the impacts of satellite orbit and time interval used to determinate ERP on the amplitudes of tidal terms are analyzed. We obtain some small terms that are not described in the ocean tide model of the IERS Conventions 2010, which may be caused by the strategies and models we used or the signal noises as well as artifacts. In addition, there are also small differences on the amplitudes between our results and IERS convention. This might be a result of other geophysical excitations, such as the high-frequency variations in atmospheric angular momentum (AAM) and hydrological angular momentum (HAM), which needs more detailed analysis with more geophysical data in the future. View Full-Text
Keywords: Earth Rotation Parameters; high frequency variation; ocean tide Earth Rotation Parameters; high frequency variation; ocean tide
►▼ Show Figures 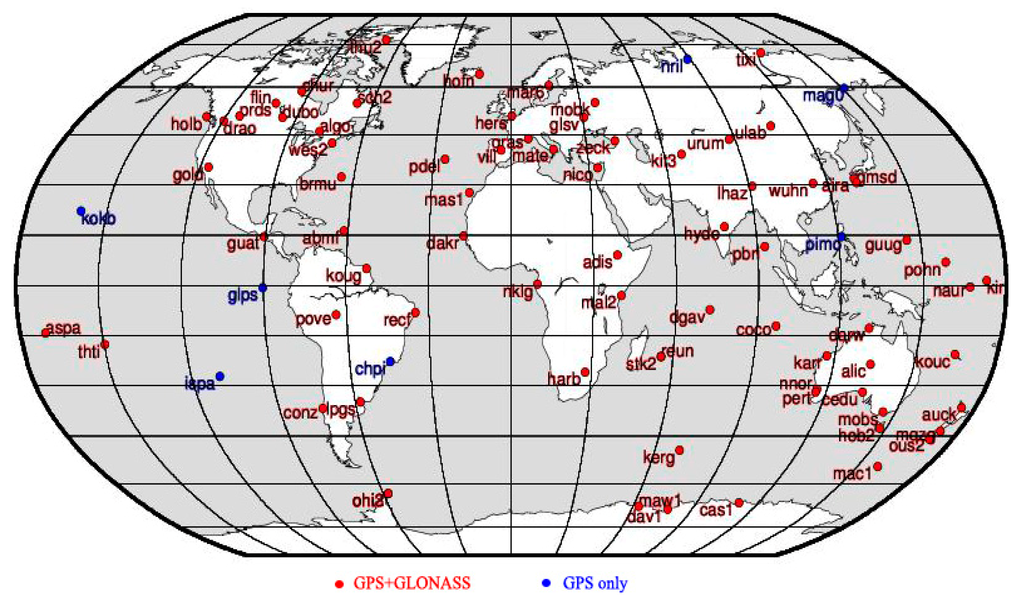