Mesenchymal Stem/Stromal Cells and Their Derivates in Acute Diseases: Emergency in the Post-COVID-19 Times

Here, we report the development of a novel photoactive biomolecular nanoarchitecture based on the genetically engineered extremophilic photosystem I (PSI) biophotocatalyst interfaced with a single layer graphene via pyrene-nitrilotriacetic acid self-assembled monolayer (SAM). For the oriented and stable immobilization of the PSI biophotocatalyst, an His6-tag was genetically engineered at the N-terminus of the stromal PsaD subunit of PSI, allowing for the preferential binding of this photoactive complex with its reducing side towards the graphene monolayer. This approach yielded a novel robust and ordered nanoarchitecture designed to generate an efficient direct electron transfer pathway between graphene, the metal redox center in the organic SAM and the photo-oxidized PSI biocatalyst. The nanosystem yielded an overall current output of 16.5 µA·cm−2 for the nickel- and 17.3 µA·cm−2 for the cobalt-based nanoassemblies, and was stable for at least 1 h of continuous standard illumination. The novel green nanosystem described in this work carries the high potential for future applications due to its robustness, highly ordered and simple architecture characterized by the high biophotocatalyst loading as well as simplicity of manufacturing. View Full-Text
Keywords: biohybrid nanodevices; biophotovoltaics; Cyanidioschyzon merolae; direct electron transfer; photosystem I; single layer graphene biohybrid nanodevices; biophotovoltaics; Cyanidioschyzon merolae; direct electron transfer; photosystem I; single layer graphene
►▼ Show Figures 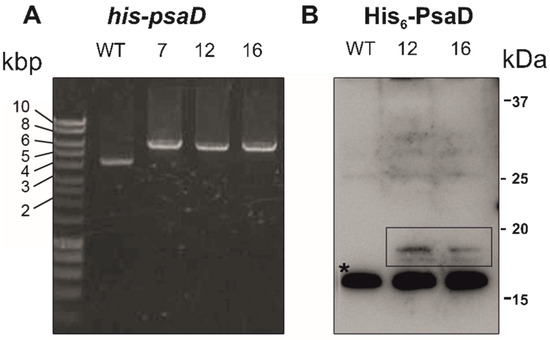