Molecular Effects of Irradiation (Cobalt-60) on the Control of Panonychus citri (Acari: Tetranychidae)

The effective dose of irradiation to control pest mites in quarantine has been studied extensively, but the molecular mechanisms underlying the effects of the irradiation on mites are largely unknown. In this study, exposure to 400 Gy of γ rays had significant (p < 0.05) effects on the adult survival, fecundity and egg viability of Panonychus citri. The irradiation caused the degradation of the DNA of P. citri adults and damaged the plasma membrane system of the egg, which led to condensed nucleoli and gathered yolk. Additionally, the transcriptomes and gene expression profiles between irradiated and non-irradiated mites were compared, and three digital gene expression libraries were assembled and analyzed. The differentially expressed genes were putatively involved in apoptosis, cell death and the cell cycle. Finally, the expression profiles of some related genes were studied using quantitative real-time PCR. Our study provides valuable information on the changes in the transcriptome of irradiated P. citri, which will facilitate a better understanding of the molecular mechanisms that cause the sterility induced by irradiation. View Full-Text
Keywords: Panonychus citri ; gene expression profile; sterility exposure; radiation-induced; apoptosis pathway Panonychus citri ; gene expression profile; sterility exposure; radiation-induced; apoptosis pathway
►▼ Show Figures 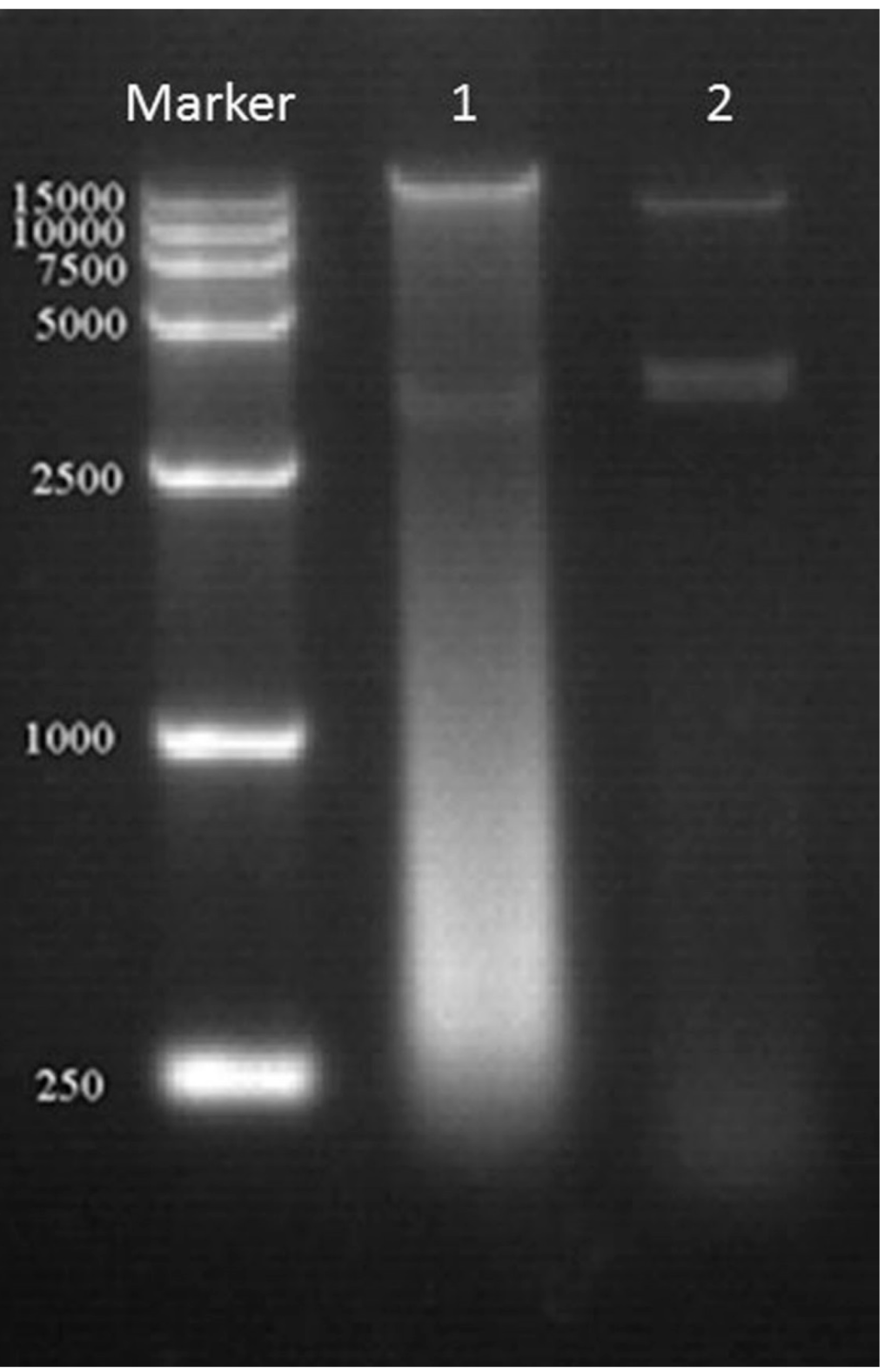