The paper discusses a simple multi-variable optimization problem: the bifurcation of a branch of a pipe of circular cross-section with a given initial radius r0 and delivering a given mass flow rate m0.The optimization is performed using an objective function that prescribes the minimization of the entropy generation rate due — in this simple case — only to viscous flow effects within the tubes. Several fundamental simplifying assumptions are made to reduce the problem to a multi-variable optimization in three independent variables: the aspect ratio of the domain served by the flow, the diameter ratio of the primary and secondary branches, and the length of the secondary branch (the location of both the “source” of the fluid and the “sink”, i.e., the place of desired delivery of the fluid, being a datum).It is shown that the solution is strongly dependent both on the aspect ratio and on the diameter ratio, and that the "optimal" configurations display some resemblance to the branching patterns observed in natural structures. The study poses a challenge both to Designers and to Natural Scientists: are the optima suggested by the present procedure compatible with the structures currently used in heat exchangers and flow devices? Are they compatible with the structures observed in nature? No final answer is provided in this preliminary study, but a possible "falsification" procedure is outlined in the conclusions. View Full-Text
Keywords: flow bifurcations; entropy generation; shape optimization; mass transport flow bifurcations; entropy generation; shape optimization; mass transport
►▼ Show Figures 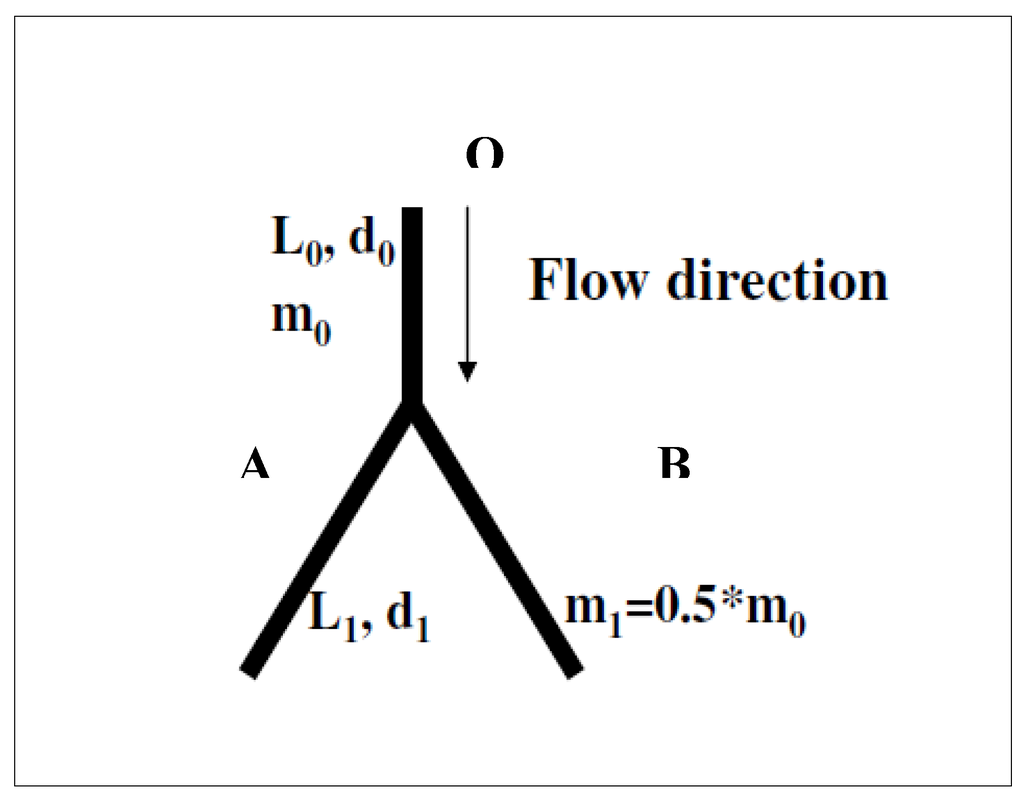 Sciubba, E. Entropy Generation Minima in Different Configurations of the Branching of a Fluid-Carrying Pipe in Laminar Isothermal Flow. Entropy 2010, 12, 1855-1866.


Sciubba E. Entropy Generation Minima in Different Configurations of the Branching of a Fluid-Carrying Pipe in Laminar Isothermal Flow. Entropy. 2010; 12(8):1855-1866.


Sciubba, Enrico. 2010. "Entropy Generation Minima in Different Configurations of the Branching of a Fluid-Carrying Pipe in Laminar Isothermal Flow." Entropy 12, no. 8: 1855-1866.