The year 2022 marks the 10th anniversary of Pathogens, an international, peer-reviewed, open access journal on pathogens and pathogen–host interactions. Pathogens has published over 3200 papers by more than 17,745 authors, and nearly 6000 reviewers have submitted at least one review report. We appreciate the contributions made by authors and reviewers, which have led to the continued success of our journal. For our 10th anniversary, we have organized special content and events for you to enjoy. Please join us in celebrating this milestone of our journal.

Best Wishes from Our Editors

Trace the development of Pathogens, from its origins to its 10th year, with the timeline below.


Pathogens released its inaugural issue and was published as a quarterly journal.

Pathogens was indexed in PubMed.

Pathogens was indexed in Scopus.


The first edition of the Travel Awards was announced.

Pathogens announced the first edition of the Outstanding Reviewer Awards.

Pathogens announced the first edition of the Best Paper Awards.

Prof. Dr. Roberto Paganelli is based at the Department of Medicine and Sciences of Aging, University "G. d'Annunzio", Chieti-Pescara 66013, Italy. His research interests are immunoglobulins; B and T lymphocyte subpopulations; HIV infection; cytokines; autoimmunity; allergic diseases; and inflammation.

After graduation as a Doctor in Veterinary Medicine in 2006, Alejandro joined the Center of Genetic Engineering and Biotechnology in Havana, where he was involved in the study of molecular biology, genetic engineering and biotechnology applied to tick control. In 2013, Alejandro obtained a Marie Curie scholarship and joined the EU-funded project POSTICK at the Institute of Parasitology in the Czech Republic, and completed his master’s degree in Parasitology. In 2013, Alejandro enrolled in two PhD programs simultaneously and completed them in 2014 (Spain) and 2016 (France). After a brief post-doc, in 2017, he joined INRAE as a Principal Investigator at the UMR-BIPAR, France. Since 2012, Alejandro has published 150 manuscripts on different aspects of tick research and is the inventor of two international patents. His scientific results have been recognized by the scientific community and, in 2017, he was awarded the 'Odile Bain Memorial Prize' for his outstanding contribution to Parasitology.

Pathogens received an updated impact factor of 3.492 for the year of 2021.

Prof. Dr. David Rodríguez-Lázaro is based at the Microbiology Division, Department of Biotechnology and Food Science, Faculty of Sciences, University of Burgos, Spain. His research interests are food safety; food microbiology; one health; veterinary microbiology; and antimicrobial resistance. 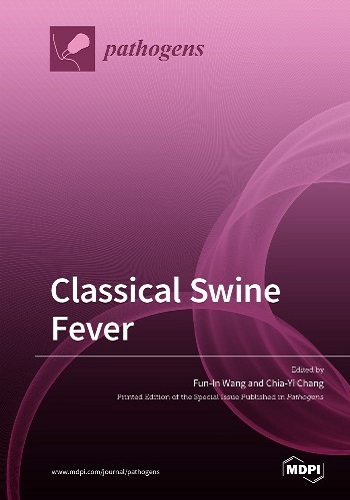 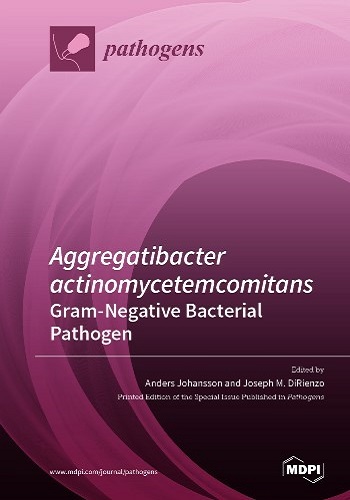