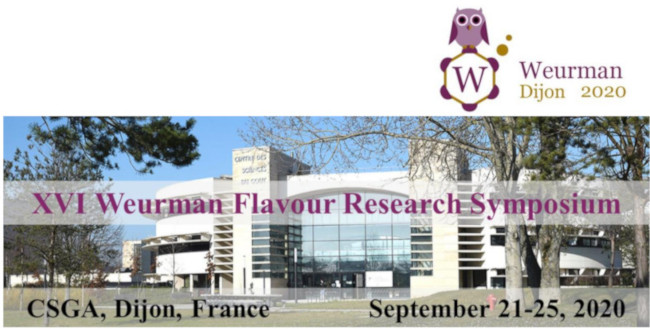 This 16th edition of the Weurman Flavour Research Symposium will take place in Dijon (France), the capital of Burgundy. This conference, created in 1975 in memory of Cornelius Weurman and held every three years in different countries in Europe, is an internationally recognized Symposium gathering well-known scientists from academia and industry from different disciplines in the field of flavour research: chemistry, biology, neuro-physiology, psychology.
The organizers would like to invite scientists with expertise covering different topics in flavour science, from flavour generation in food/non-food products to flavour perception, well-being and health.
The scientific program will comprise keynote lectures given by distinguished scientists from academia and industry from around the world, scientific talks, flash poster presentations, and posters in the following main subject areas: